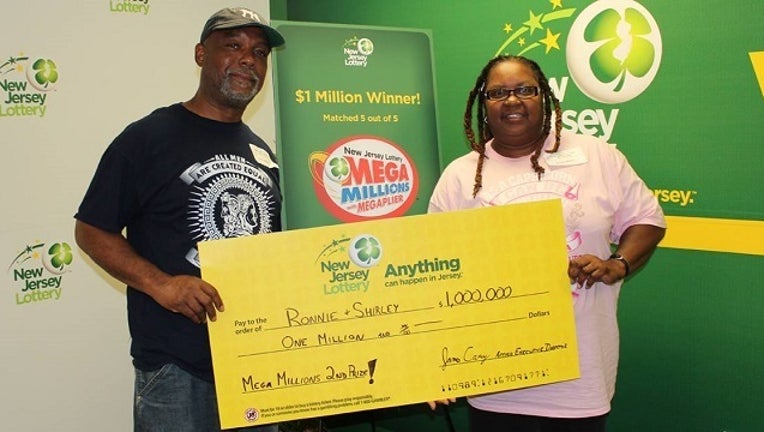 On July 24, the night of the $543 million jackpot drawing, Ronnie bought three Mega Millions tickets, selecting his own numbers. Ronnie’s hand-selected numbers did not stem from the usual suspects — birthdays or dates from significant events — but numbers found on the slip of paper inside a fortune cookie he opened years ago. Ronnie liked the numbers and decided to stick with them.

The next day, Ronnie stopped inside the US Gas station on Blairstown Road in Warren County to scan his tickets. When he placed one of the tickets under the scanner, the scanner displayed the message, "See clerk." Ronnie went up to the clerk, Gary, and complained that the scanner wouldn't show him any information.

Because Ronnie is a regular, Gary recognized him and knew immediately that Ronnie must be the winner of the $1 million prize from the previous night.

Ronnie didn't believe him and asked him to scan the ticket to be sure. Gary insisted he knew it was the million dollar ticket before scanning it, showing Ronnie the five numbers in a row that matched the drawing perfectly.

Ronnie insisted he see Gary scan the ticket, just to be sure. That’s when it finally sunk in.

Now, Ronnie and his wife, Shirley, plan to use the prize money to pay off their house and current bills before putting the rest toward their savings.