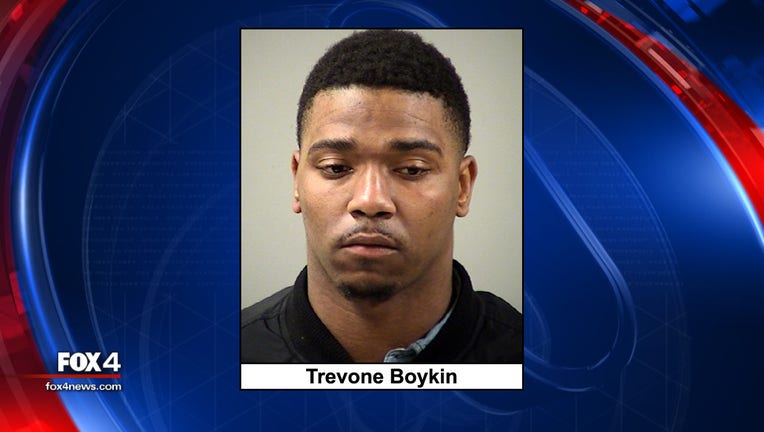 FORT WORTH, Texas - Former TCU and NFL quarterback Trevone Boykin is back in the Tarrant County Jail.

The 26-year-old was arrested Wednesday in connection to his aggravated assault and tampering with a witness charges.

The Tarrant County District Attorney’s Office reports he’s back behind bars for violation of his bond conditions. It’s not yet known what he did to end up back in jail

Boykin was indicted earlier this year after authorities said he attacked his girlfriend in March.

He posted bond, but was released by the Seattle Seahawks.

His trial was then delayed.