Cliff Odom has an extremely rare heart condition. Being physically fit, he never thought his health would hit rock bottom. He used to have no problem running across a football field. But prior to his life-changing diagnosis, Odom was so weak that he couldn't walk to the mailbox.

ARLINGTON, Texas - A former NFL player is leaning on a new team, one filled with doctors instead of athletes.

Cliff Odom has an extremely rare heart condition. Being physically fit, he never thought his health would hit rock bottom.

He used to have no problem running across a football field. But prior to his life-changing diagnosis, Odom was so weak that he couldn't walk to the mailbox.

Odom, who has a hard time sitting still, said his journey has been humbling.

"Just learn to be patient," he said.

The former linebacker spent 13 years in the NFL. The 3rd round draft pick retired in 1993 after a four-year stint with the Miami Dolphins.

"That was the year we beat the Cowboys in the snowbowl," Odom recalled.

The 63-year-old has tried to stay fit. He doesn't smoke or drink. So he became concerned when his health began to deteriorate.

"After two or three minutes, I couldn't catch my breath. Every day I would work out, it got worse and worse," he said.

After a series of tests, he got the troubling news that he was diagnosed with a rare heart condition.

"That's when they found out I have a protein called amyloidosis," he said. 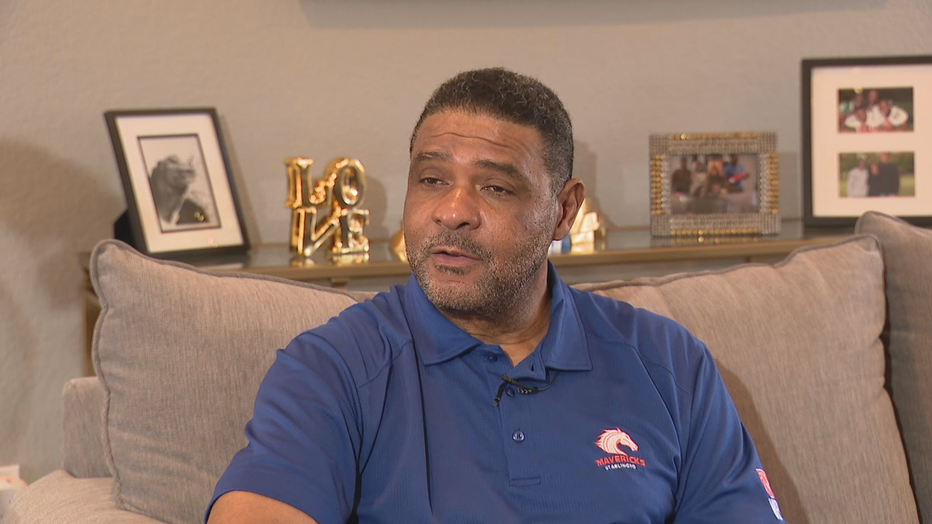 Only one-half of 1% of Americans have it.

Odom became so ill that he eventually had to get a heart transplant.

"All of a sudden, you get slapped with this dose of reality you are mortal," he said.

"I'll tell you, he was very weak," she recalled.

"I have to say the majority come to us in this anxious state of hypervigilance," she said.

The ongoing pandemic poses another challenge.

Odom started on the stationary bike. His team recorded his progress. His heart rate was monitored on several large screens.

Odom then progressed to the elliptical machine.

"Once he got started and got a little more comfortable, then he took off," Doughty said.

Odom is grateful to his team, but this time around, they're not found on the field.

"They had to retrain me, ‘If it hurts Cliff, you're doing it wrong. Stop,’" Odom recalled.

And with new confidence in his health, Odom is focused on more pressing matters, like who's going to win the Super Bowl.

"I'm pulling for Cincinnati, but I think the Rams are going to win it," he said.

We'll see if his prediction is right.

Odom said he plans to write to the family of his heart donor. He knows nothing about that person, aside from the fact that they saved his life. He wants to say thank you and urges people to consider being a donor themselves.