A Dallas County grand jury indicted Felder for failure to stop and render aid, which is a third-degree felony, but Felder is telling the public that he is innocent.

A Dallas County grand jury indicted Felder for failure to stop and render aid, which is a third-degree felony, but Felder is telling the public that he is innocent.

The indictment alleges Felder left the scene without rendering aid, "including transporting or making arrangements for transporting complainant to a physician and hospital when it was apparent treatment was necessary."

In February, an 18-year-old man who was riding a Lime scooter on Malcolm X Boulevard accused the then councilman of hitting him with his car. The victim said Felder drove away after an exchange of words.

According to an arrest warrant affidavit, a witness heard Felder yelling, “Do you know who I am?” The affidavit also states responding officers found “the back end of a motorized scooter underneath the front bumper” of Felder’s Ford Fusion. 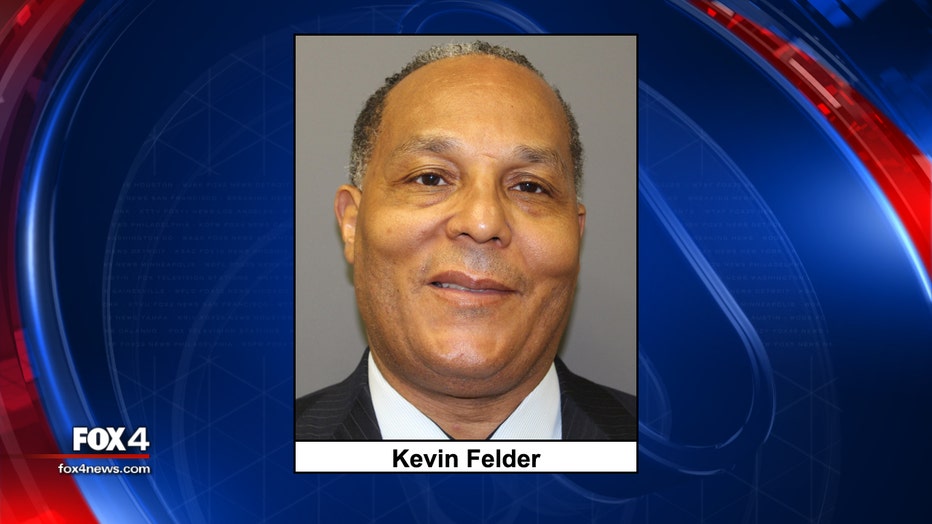 Felder’s car and the scooter were impounded as evidence. An area of the car appeared damaged, but Felder maintained it existed before the encounter with the scooter.

Felder has maintained his innocence, saying he never hit the man.

"I want to make it perfectly clear that I am innocent of these charges or this particular charge," Felder said. "I ask that everyone please be patient and don't pass judgment because there's been an indictment.

Felder argues the man was angry because he asked him to stop zigzagging and ride on the side of the road. He said the man used vulgar language and after he stopped, threw the scooter at his car. He said he drove off because he saw the man reach into his bag for something.

A search warrant for Felder's car states that the victim was hit from behind and had severe pain and swelling on his left arm and that the impact was great enough to cause damage to the right front of Felder's car.

"You know the way this works. The state has to prove the allegations in the indictment and they have to prove those beyond a reasonable doubt. We're going to plead not guilty,” Felder’s attorney, Russell Wilson, said.

Felder attended a council meeting hours after the encounter, where his vehicle was towed.

His attorney deflected specific questions about the alleged hit-and-run, but in general, said Felder has acted in the best interest of himself and his constituents at the time.

"It was a quickly evolving situation, and I think at the time, the responses were appropriate given the circumstances," Wilson added.

Felder and Wilson point out the indictment does not reflect all of the facts, which they aim to produce.

"It really pains me to have to go through this process, but this is the legal process in this country. I'm innocent and due process has to take place,” Felder said.

Felder became the District 7 councilman in 2017. He did not make the runoff and lost his seat to Adam Bazaldua in June.