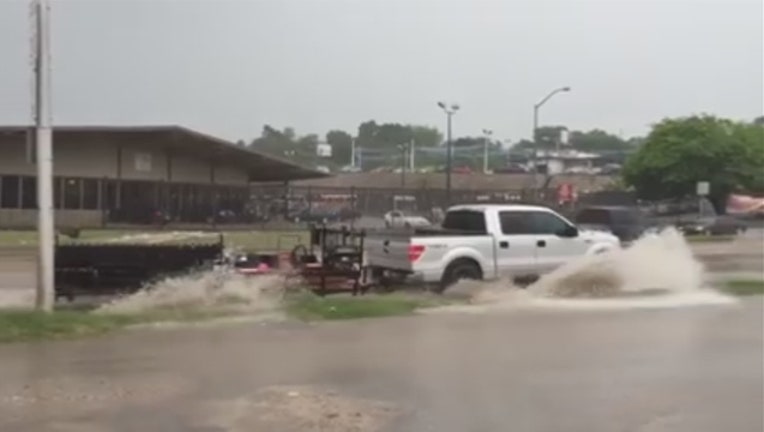 Counties along the Red River seemed to get hit hardest, with some towns getting three to six inches of rain on Monday.

A small number of streets in parts of Dallas and Fort Worth closed as rush hour approached. Usual trouble spots included Turtle Creek Blvd. in Dallas and low-lying areas near I-35 and Walnut Hill Lane.

A huge tree fell into the middle of the street and caught the front end of a Fort Worth school bus. Fort Worth ISD said there were four children on the bus from Ridglea Hills Elementary School and none of them were hurt.

People walking outside in Fort Worth said they weren't ready for the rain.

"Texas weather and I'm a little annoyed because I don't have my rain jacket or my umbrella,” said Monty Mayers.

The weather also caused travel problems at DFW Airport, where about 100 flights scheduled for takeoff from 4 p.m. -5 p.m. were delayed along with about 50 arrivals. A handful of flights were diverted to other airports until air traffic could be thinned out.