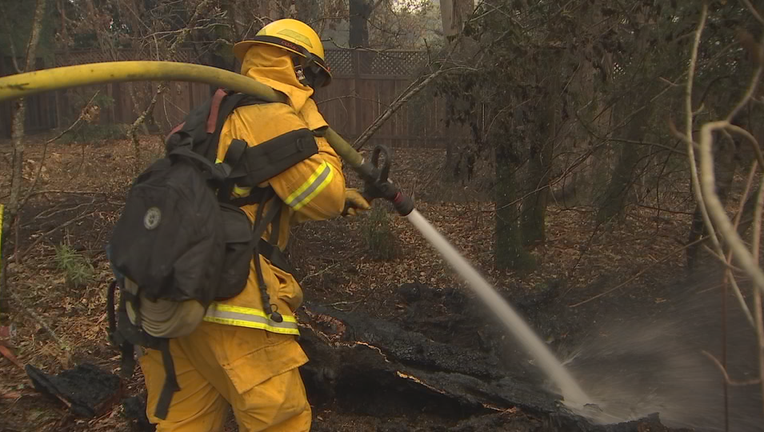 A firefighter uses a hose to put out the Kincade Fire burning in Sonoma County. It has scorched more than 54,000 acres so far. Oct. 27, 2019

SANTA ROSA, Calif. - The more than 4,150 firefighters battling the Kincade Fire in Sonoma County lost ground overnight on Sunday, as the flames grew to nearly 66,230 acres and were only 5 percent contained - down from 10 percent earlier in the morning.

The National Weather Service said that the high wind warning for the North Bay mountains was downgraded to an advisory. All other advisories, except for the East Bay Hills and the Diablo Range, were canceled. A Red Flag warning was also expected to be lifted by 11 a.m. 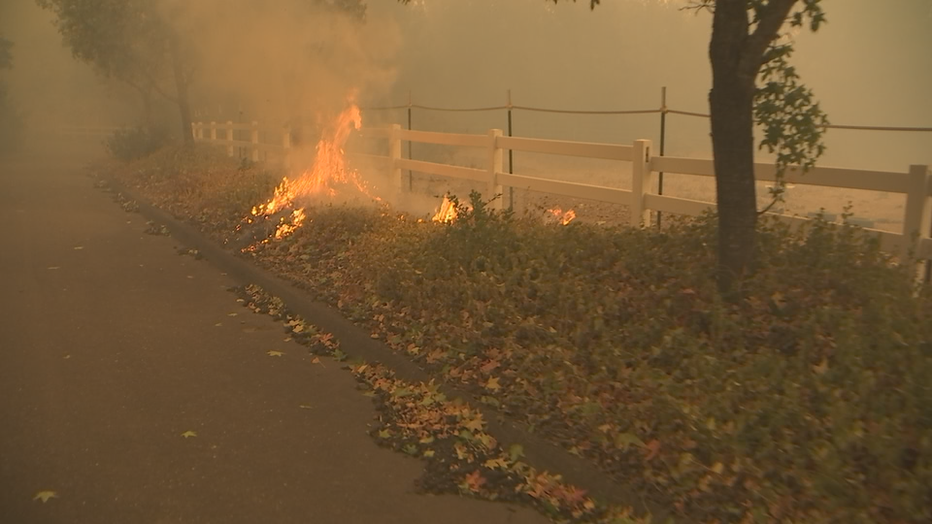 The decreasing winds - which reached a peak of more than 90 mph on Saturday night - were sure to aid the crews fighting back the flames, which had prompted the evacuation of roughly 185,000 people living in Sonoma County.

At a news conference on Monday, Sonoma County Sheriff Mark Essick said he did not know when the evacuation orders would lift, but when they do, they would be in reverse order, starting with the western part of Sonoma County. Residents would be alerted if they signed up on Nixle.

All public schools in the county, as well as most of the schools in Marin County, Calistoga and 16 schools in Oakland Unified are closed Monday because of the fire or related power outages.

Flames rolled through Shiloh Oaks in Santa Rosa near the Mayacama Country Club, where it appears as though many homes are still intact.The orange glow of the Kincade Fire is directly behind the area. Sara Zendehnam reports

More than 96 structures have been destroyed including 40 homes and 79,695 were threatened on Monday morning, almost all of them residential homes. However, KTVU noted that in the gates community of Shiloh Oaks in Santa Rosa near the Mayacama Country Club, only one or two structures had been lost. Most people had evacuated and firefighters had gone door to door, defending people's homes. The winds had also died down in this area.

Not too far away, a hay barn and equipment were burned at the Fieldstone Farm on East Shiloh Road in Sonoma County near Santa Rosa. But the owner was able to get his 53 horses to safety. "They're doing a great job," said Bill Labrucherie. "They even saved my truck." 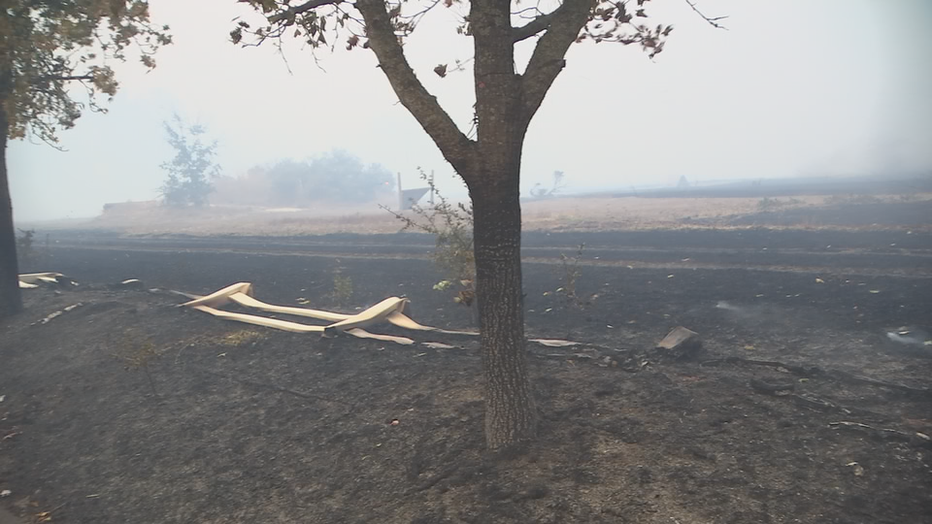 Some of the now-barren landscape in Sonoma County because of the Kincade Fire, which has burned more than 54,000 acres so far. Oct. 27, 2019

Firefighters realize they need to work quickly and efficiently. The winds are expected to pick up speed again on Tuesday night into Wednesday, which could also prompt the fourth PG&E proactive power outage.