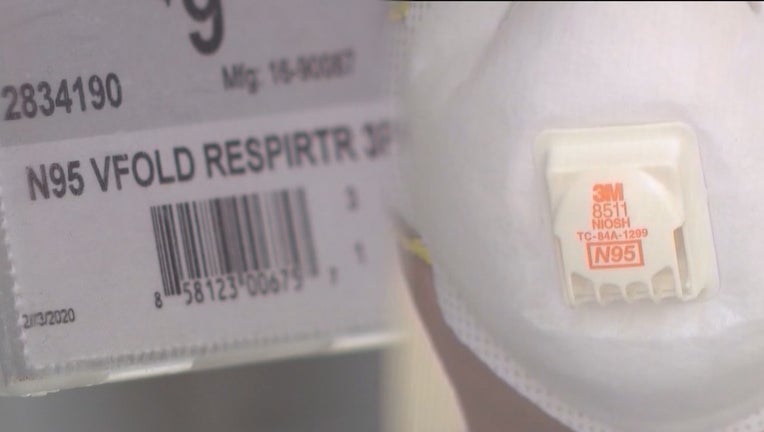 The Department of Health and Human Services told the Associated Press Wednesday that the federal stockpile was in the process of deploying all remaining personal protective equipment in its inventory. A small percentage will be kept in reserve to support federal response efforts, the department said.

The HHS statement confirms federal documents released Wednesday by the House Oversight and Reform Committee showing that about 90% of the personal protective equipment in the stockpile has been distributed to state and local governments.

CORONAVIRUS RESOURCES: Everything You Need to Know

House Oversight Chairwoman Carolyn B. Maloney, D-N.Y. said in a statement that the Trump administration is leaving states to scour the open market for scarce supplies, often competing with each other and federal agencies in a chaotic bidding war that drives up prices.

“The President failed to bring in FEMA (the Federal Emergency Management Agency) early on, failed to name a national commander for this crisis, and failed to fully utilize the authorities Congress gave him under the Defense Production Act to procure and manage the distribution of critical supplies," Maloney said. “He must take action now to address these deficiencies.”

Trump has faulted the states for not better preparing for the pandemic and has said they should only being relying on the federal stockpile as a last resort.

The AP reported Sunday that the Trump administration squandered nearly two months after the early January warnings that COVID-19 might ignite a global pandemic, waiting until mid-March to place bulk orders of N95 masks and other medical supplies needed to build up the stockpile. By then, hospitals in several states were treating thousands of infected patients without adequate equipment and were pleading for help.

Trump spent the first two months of the outbreak playing down the threat from the new virus. He derided warnings of a pandemic as a hoax perpetrated by Democrats and the media, predicting as late as Feb. 26 that the number of U.S. cases would soon drop to zero.

Federal contracting records show HHS made a $4.8 million order of N95 masks on March 12, followed by a $173 million order on March 21. But those contracts don’t require the manufacturer to start making deliveries to the national stockpile until the end of April, after the White House has projected the pandemic will reach its peak.

For nearly a month, Trump rebuffed calls to use his authority under the Defense Production Act to order companies to increase production of respirators and ventilators, before he relented last week.

Asked about the AP report, the president suggested Sunday the states should be thankful for the shipments of supplies they have gotten.