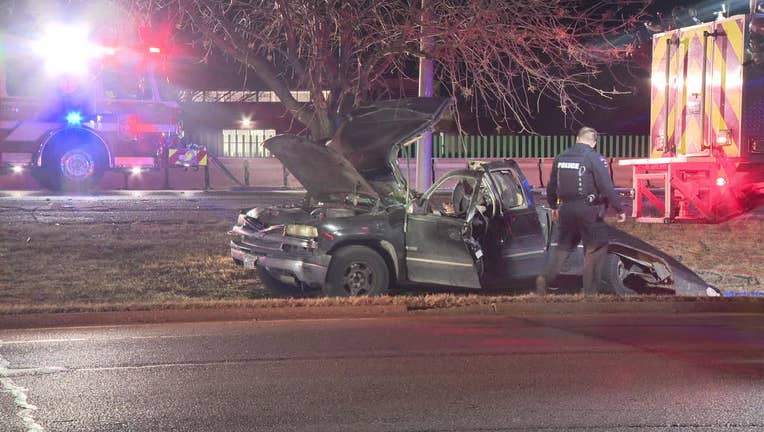 MESQUITE, Texas - All main lanes of Interstate 30 in Mesquite were shut down Tuesday morning because of a fatal accident.

It happened around 4 a.m. on I-30 near Big Town Boulevard.

An 18-wheeler collided with a pickup truck, which forced the pickup off the road. It hit a tree and a light pole before coming to a stop in the median.

Sadly, the people in the pickup died in the crash.

There’s no word on if the driver of the 18-wheeler was injured.

Texas ranked one of the best states to drive in, according to study

The interstate was closed for several hours because of the police investigation.

Drivers were urged to use alternative routes and avoid the area.