People who live in neighborhoods east of White Rock Lake feel blindsided by a proposed plan to build a concrete and asphalt plant nearby.

DALLAS - People who live in neighborhoods east of White Rock Lake feel blindsided by a proposed plan to build a concrete and asphalt plant nearby.

City council is set to vote on the plan next week. Council members representing that area are against the plan. The public got to sound off Tuesday.

East Dallas resident Kirsten Swanson is helping to lead the charge against a proposed asphalt and concrete batch plant on a parcel of land near Northwest Highway and Garland Road. There are concerns about reduced home values, pollution, truck traffic and overall development.

“I think the biggest thing right now is it’s such a contradictory aspect of what the city has been working on for the environmental vision, for the economic, the Vasa View vision and the Garland Road vision,” Swanson said.

The companies behind the project, Martin Marietta and Austin Bridge and Road, say they chose the site because it’s adjacent to a railroad. Materials could be brought in easily that will be used for two major TxDOT projects on LBJ and I-30 over the next several years. They also say it’s about 1200 feet from a residential area.

Martin Marietta had similar plans for a plant in south Dallas in 2018 but did not get council approval.

So far, the East Dallas plan passed the City Plan Commission overwhelmingly and will soon move on for a full council vote. One frustration has been the lack of input from those who live and work in surrounding communities. 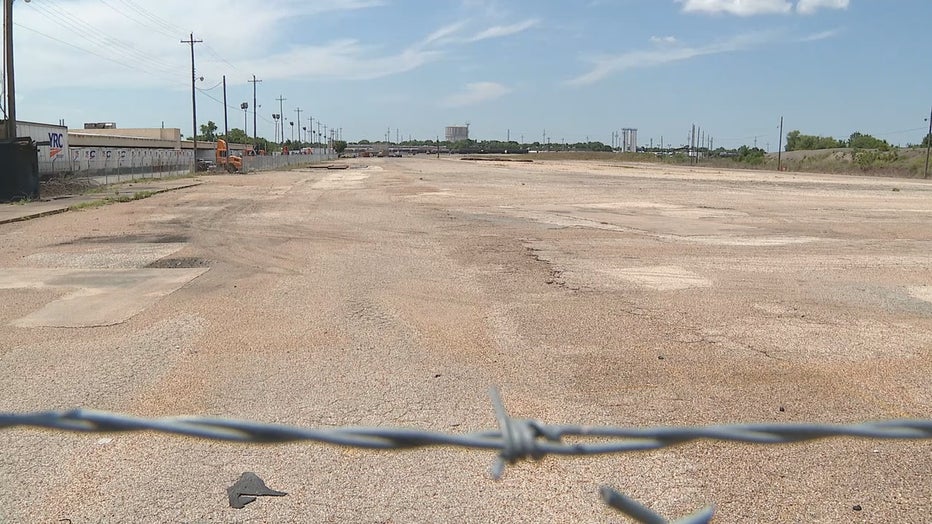 “A lot of those trucks have rocks falling off, sand coming out. It’s going to affect my customers a lot,” Kola said.

In a joint statement, the companies say the project is “consistent with our long-standing commitment to being a good neighbor.” They add they “remain committed to being a good corporate citizen.”