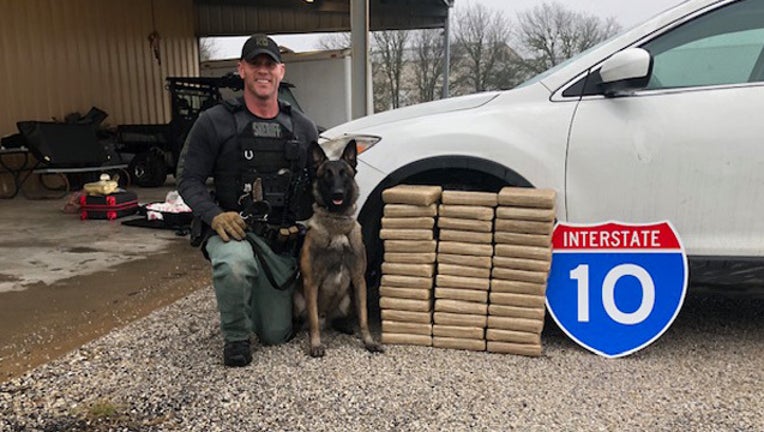 (FOX 7 Austin) - An estimated street value of $5 million worth of cocaine was discovered during a traffic stop on Interstate 10 on Friday, according to the Fayette County Sheriff's Office.

Officials say Sergeant Randy Thumann and his K9 partner Kolt stopped a Mazda just after 11:30 a.m. for a traffic violation. The sergeant noticed several indicators of nartcotics trafficking and was given consent to search the car. Every seat was made with after-market compartments and used to conceal about 50 kilos of cocaine, according to the sheriff's office.