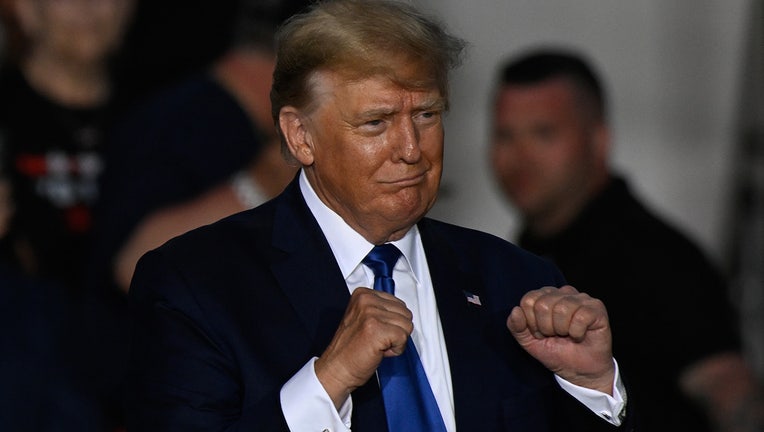 NEW YORK - A judge has found Donald Trump in contempt of court and is fining him $10,000 per day in a dispute over a subpoena issued by the New York Attorney General.

"Mr. Trump, I know you take your business seriously, and I take mine seriously," Judge Arthur Engoron said before issuing the ruling from the bench in a Manhattan courtroom, following a hearing.

New York Attorney General Letitia James, a Democrat, had asked the court to hold Trump in contempt after he missed a March 31 court-imposed deadline to turn over documents.

After the ruling, she issued a statement saying:  "Today, justice prevailed.  For years, Donald Trump has tried to evade the law and stop our lawful investigation into him and his company's financial dealings.  Today's ruling make clear:  No one is above the law."

Trump, a Republican, has been fighting James in court over her investigation, which he has called a politically motivated "witch hunt."

Trump was initially ordered to produce those documents by March 3, 2022, but OAG agreed to accommodate his request for additional time and extended the date to March 31, 2022.

The attorney general says that Trump agreed to this timeline and never sought to challenge this aspect of the order on appeal. However, on March 31, 2022, Trump raised a new round of objections to the document requests in the subpoena and stated that he would not produce any documents responsive to OAG’s subpoena.

Trump spokespeople did not immediately respond to a request for comment.

This is a developing story and will be updated.  The Associated Press contributed to this report.