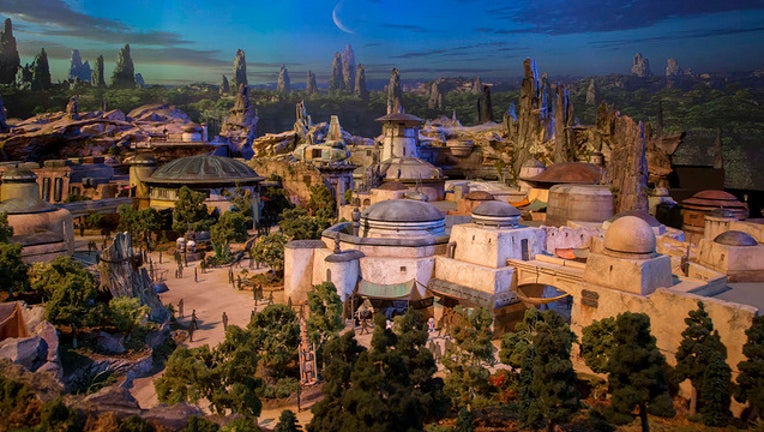 (FOX 11/CNS) - A large-scale model of the two "Star Wars"-themed lands coming to Walt Disney World and Disneyland in 2019 were revealed Thursday at the D23 Expo in Anaheim.

A "detailed model" was unveiled by Walt Disney Parks and Resorts Chairman Bob Chapek at the D23 Expo, which is an annual gathering of Disney fans at the Anaheim Convention Center.

The new themed areas are coming to Disneyland and Walt Disney World Resort in Florida in 2019.

One of the attractions includes a chance to pilot the Millennium Falcon on a secret mission as well being plunged into a battle between the First Order and the Resistance, officials said.