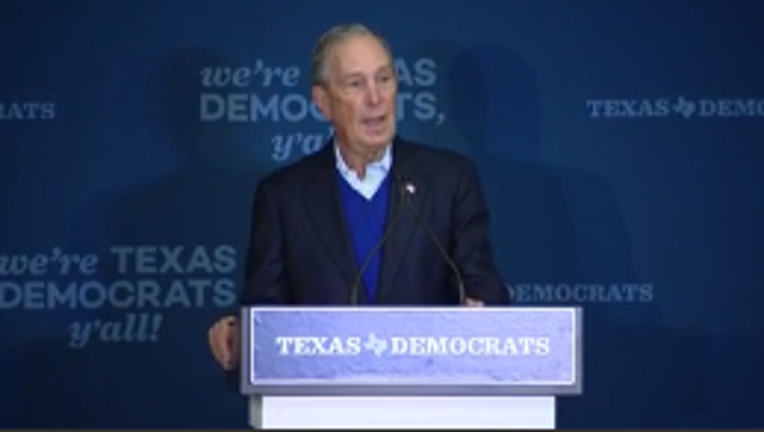 “If ever there was someone who was all hat and not cattle its Donald Trump. How unethical can you be? You just can’t make this up,” said Bloomberg. “I didn’t play a CEO on reality T.V. I actually worked as one.”

The Billionaire, and one of the World’s Richest men, formally launched his campaign two weeks ago and joins a crowd of more than a dozen Democrats.

A handful of curious voters attended the quarterly State Democratic Executive Committee meeting to get a feel for the candidate.

“I’m still researching and trying to figure out which one is which,” said Cecelia Nowlin.

Bloomberg claims he will not spare a penny to defeat Donald Trump in Texas.

The billionaire spent $40 million on his initial advertising campaign. He is putting tens of millions more into a new ad casting himself as uniquely qualified to defeat President Trump.

“Last Presidential election we were a single-digit state within nine points but we narrowed that margin to 2.5 points in a mid-term election which is usually harder for Democrats,” said Texas Democrats representative Cliff Walker.

Bloomberg said “Now they say that everything in Texas is bigger than anything else but I will just note that the Republican share of the vote keeps shrinking.”