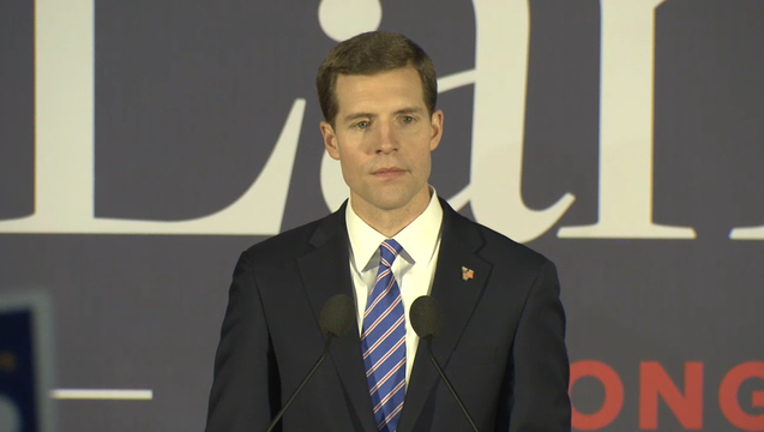 With the last batch of absentee ballots counted, Lamb, a 33-year-old former prosecutor and first-time candidate, saw his edge shrink ever so slightly, to 627 votes out of more than 224,000 cast, according to unofficial results.

The four counties in the Pittsburgh area district have seven days to count the unknown number of provisional ballots.

With the margin so close, supporters of either candidate can ask for a recount.

The Associated Press has not called the race, which is seen nationally as indicator of Democratic enthusiasm and GOP vulnerability heading into the November elections that will determine whether Republicans retain their control of Congress.

The GOP is considering requesting that election officials impound all ballots and machines in preparation of a recount, according to a person familiar with the deliberations. This person spoke on condition of anonymity to discuss internal planning.

Republicans separately mulled legal action on complaints that party lawyers were prevented from observing the counting of some absentee ballots, voting machines erroneously recorded votes from Lamb, and voters were confused by some information from the state elections website.

Lamb, a Marine veteran, told supporters Tuesday night that voters had directed him to "do your job" in Washington. "Mission accepted," he said.

From Saccone came words of defiance: "It's not over yet, we're going to fight all the way, all the way to the end, we'll never give up."

After the absentee vote count wrapped up Wednesday, Saccone gained 14 votes, trimming Lamb's lead just a bit in a district that Trump won by about 20 percentage points in 2016.

Regardless of the outcome, Lamb's showing seemed certain to stoke anxiety among Republicans nationwide and renew enthusiasm among Democrats.

Even before a winner was declared, Saccone was making plans to seek the nomination in a different district later this year. A state court has thrown out the state's congressional map in a gerrymandering case. The current districts have been redrawn and won't be the same ones in play in the November election.

Neither Saccone nor Lamb lives in the new southwestern Pennsylvania district that leans solidly Republican without the Pittsburgh suburbs that helped Lamb.

Pennsylvania's congressional primaries are May 15, and Saccone's campaign officials say Saccone was now gathering nominating signatures in that new district.

Under the new boundaries, Saccone's home is in a Pittsburgh-based district that is heavily Democratic and home to longtime Democratic Rep. Mike Doyle.

Lamb is expected to run in a new district west of Pittsburgh against Republican Rep. Keith Rothfus. That district was narrowly carried by Trump in 2016. It is far less friendly to Republicans than Rothfus' existing district and is described by Republicans as a toss-up.

Trump and his allies invested tremendous time and resources in keeping the seat in play Tuesday in Republican hands, mindful the contest could be used to measure Trump's lasting appeal among white, working-class voters and Democrats' anti-Trump fervor.

The White House scrambled to rally voters behind Saccone, who cast himself as the president's "wingman." But he struggled at times to connect with the blue-collar coalition that fueled Trump's victory little more than a year ago.

Trump campaigned for Saccone last weekend, urging voters not to "be conned by this guy Lamb."

Outside groups aligned with Republicans poured more than $10 million of dollars into the contest, about seven times the outside money that helped Lamb.

Lamb asserted his independence from national Democratic leaders and studiously played down his opposition to Trump.

But he also offered a full embrace of organized labor, hammered Republican tax cuts and promised to defend Social Security, Medicare and pensions.

Democrats must flip 24 GOP-held seats this fall to seize control of the House, and months ago few had counted on the district to be in play. The seat has been in Republican hands for the past 15 years.

It was open now only because Republican Rep. Tim Murphy, who espoused strong anti-abortion views, resigned last fall amid revelations of an extramarital affair in which he urged his mistress to get an abortion.

Saccone tried to persuade the GOP-leaning electorate that their choice was about "making America great again," as Trump repeatedly says.

Saccone enjoyed enthusiastic backing from the social conservatives who've anchored his state career. He's been perhaps at his most animated when emphasizing his opposition to abortion rights.

Yet Saccone struggled to raise money, and that consistent fundraising deficit left him with limited resources to air the message he delivered one-on-one: His four decades of experience in the private sector, international business and now the Legislature should make voters' choice a no-brainer.