A Frisco man who lost his father to COVID-19 coronavirus will have to hold his memorial online.

DALLAS - A Frisco man who lost his father to COVID-19 coronavirus will have to hold his memorial online.

Dr. Daniel Wallace is the senior research professor at the Dallas Theological Seminary. He wasn’t allowed to see his father, Vard Beecher Wallace Jr., one last time. Instead, their final conversations were over the phone and by Facetime.

The 91–year old tested positive for the coronavirus on March 18 and died 10 days later. Wallace says, other than diabetes, his father was healthy.

“When he saw the doctor just a few weeks ago, the doctor said, ‘Your heart is strong. There’s nothing that’s going to kill you. You’re just weak,’” he recalled. 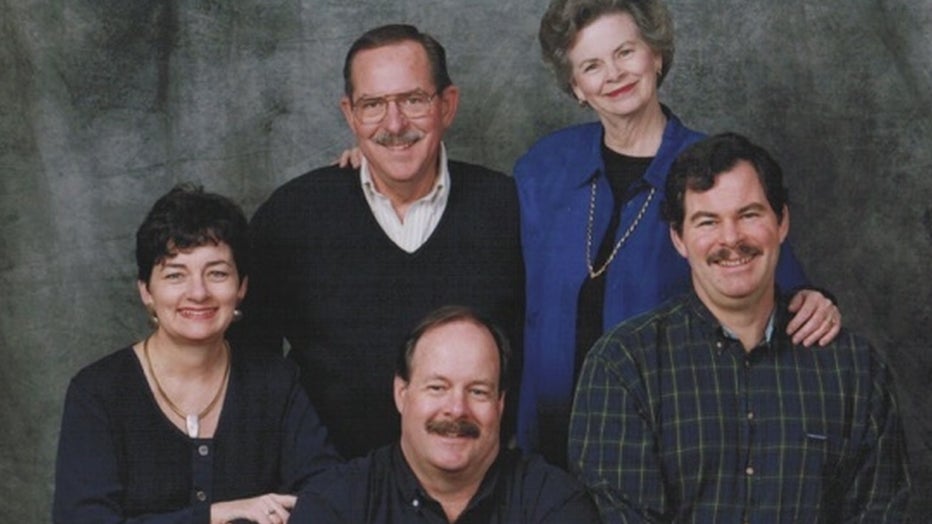 Wallace lives in Frisco, but his father lived in Washington state. He says his father was in a nursing home where two people tested positive for COVID-19. His family removed him from the facility to quarantine at home. But while home, he fell and hit his head. That sent him to the hospital, where he found out he had a low-grade fever and soon tested positive for the virus.

Wallace says his father had breathing difficulties so painful that his doctors approached family about making his father comfortable.

“And they finally felt, let him make his own choices. So they put him on comfort care,” Wallace said. “So when they did that, they gave him an IV of morphine and that night is when he passed.”

Wallace says his father had enough.

“He was ready to die. At one point, he said, ‘I am really praying that I don’t see the Sun come up tomorrow.’ He was ready to go,” Wallace said. “I didn’t want to let go, but I knew I had to.”

Wallace wasn’t allowed to see his father one last time because of hospital rules. The family is now planning a virtual memorial.

“I think this will give people hope to and kind of give them a template,” Wallace said. “How do I face death and celebrate life at the same time and do it at a distance?”

The professor, who has written a number of books on faith, keeps a model skull on his desk. He says it’s to remind him of our mortality, something the coronavirus is doing across the world.

“What this virus is revealing is how fragile human beings really are all the time,” he said. “We just don’t recognize it.”

But Wallace believes his father is now with his mother in a much better place.

“Now, he’s probably dancing with mom when both of them ended up in walkers before they died,” he said. “I think they’re having a great time.”

Dr. Wallace says his father didn’t display all of the COVID-19 symptoms. He had a low-grade fever, shortness of breath and fatigue, but no cough.