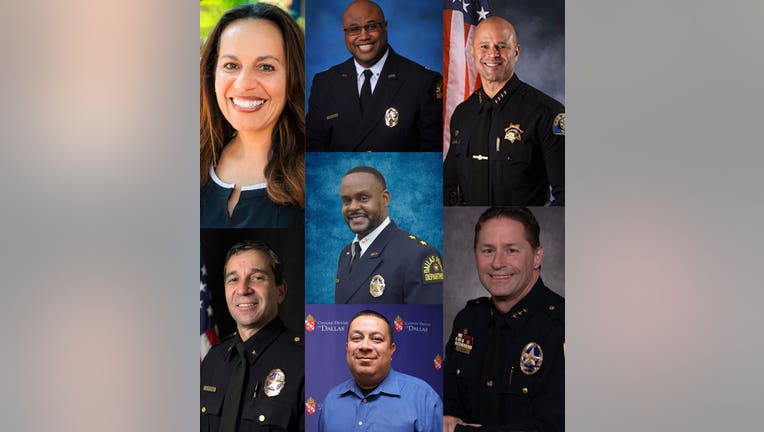 DALLAS - There are seven candidates who are going to be interviewed to find a replacement for Renee Hall as police chief of the Dallas Police Department.

It was also announced that Lonzo Anderson will serve as interim chief starting December 15.

City Manager T.C. Broadnax said he hopes to name a new police chief by the end of the year, and for them to start early next year.

Three of the candidates are internal, while two are police chiefs from out of state, another is a police chief from a nearby city, and the other candidate used to work for Dallas PD.

Here are the candidates who will interview:

The seven were chosen after a talent recruitment firm vetted 36 applicants from across the country.

Members of the Dallas City Council will get to ask them questions, and their answers will be made available to view on the city’s social media and cable TV channel.

Then, on Dec. 15, 55 organizations representing Neighborhood and Business; Faith Based and Non-Profit; Police Oversight and Cultural Diversity; Law Enforcement Partners; Police Employee Associations; and City Executive Staff have been invited to take part in panel interviews.

The city manager will then select final candidates to interview, before selecting Dallas’ new police chief.