Dallas faith leaders say a city proposal to let them house the homeless during cold weather doesn't go far enough. In fact, they say it could just make it harder for them to help those in need.

DALLAS - Dallas faith leaders say a city proposal to let them house the homeless during cold weather doesn't go far enough. In fact, they say it could just make it harder for them to help those in need.

City council members admit they need the help from churches to keep people from dying out in the cold. But church leaders say a proposal that would regulate everything from space requirements to intake procedures would make it too tough for many to continue to help the homeless.

Our Calling Church opens its doors to hundreds of homeless people when temperatures drop below freezing.

“We really don't want to do this, but we’re pushed in this corner because there is no alternative,” said Wayne Walker, the executive director of Our Calling.

The city recently tried to provide an alternative by opening up the Kay Bailey Hutchison Convention Center, but it proved to be costly at $300,000 for 1,300 beds.

“Priceline has rooms at the Omni for $219 now,” Walker said. “It would be cheaper to put them all there.” 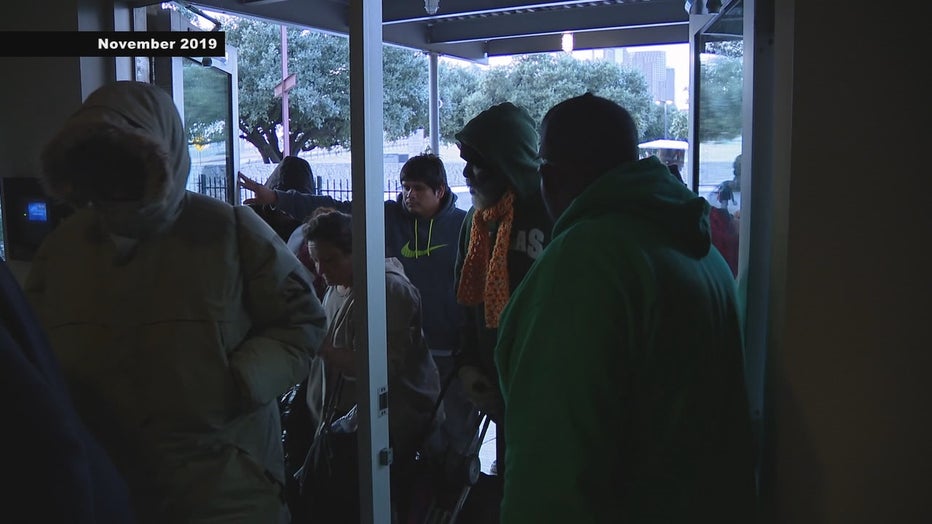 City staff also said the convention center is now unavailable from January through March because of scheduling. They are the months with the most nights that will drop below freezing.

“What will the city want us to do when they pass a policy that makes us lock our doors when people beat on them to get out of freezing weather?” Walker said. “The city is going to have to answer that question.  I know our doors will open.”

The city is proposing to regulate everything from the space a church has to the supportive services it offers.

“Imagine a church in South Dallas wants to open its doors and let people sleep on its pews,” Walker said. “Now, the city will require them to participate in a coordinated entry system, follow through a bunch of procedures and provide support services to just let their parishioners sleep when it is cold outside.”

“It seems to be a lot of red tape,” said Adam Bazaldua.

“It is so outrageous,” said Cara Mendelsohn. “It's the kind of thing people curse the city for. I'm curious if you have had any church say they would do this.”

Walker said the city never asked him or other church leaders about the proposed regulations.

“We're wasting a lot of time to come up with a plethora of regulations and hoops for something God is telling them to do,” he said. “And frankly, we need them to do.”

The city council committee voted to move the proposed policy to the full city council. However, they did ask the office of homeless solutions to consult with church leaders about the regulations first.