Back on March 24, 2020, Dallas County residents were ordered to stay at home, leaving busy downtown streets empty. A year later, things are starting to look normal.

DALLAS - About 25% of Dallas businesses closed during the COVID-19 pandemic.

Owners of some of the ones that are still open said they are benefiting from federal money being available and Texas opening back up.

"I was standing over there watching TV with everyone when we saw the announcement that all dining rooms would, and it was, oh boy," said Tom Melesky, owner of Press Box Grill.

A year later, things are starting to look normal.

But the pandemic’s impact has been great, as more than 3,400 people died in Dallas County and dozens of businesses are permanently closed.

"A huge help, wouldn't be here today if the CARES Act wouldn't have made some funding available to us," he said.

The Dallas Regional Chamber said that at the end of last year, 23% of small businesses in Dallas were forced to close, while 26% of businesses closed in Fort Worth.

His business opened a few weeks before the shutdown. 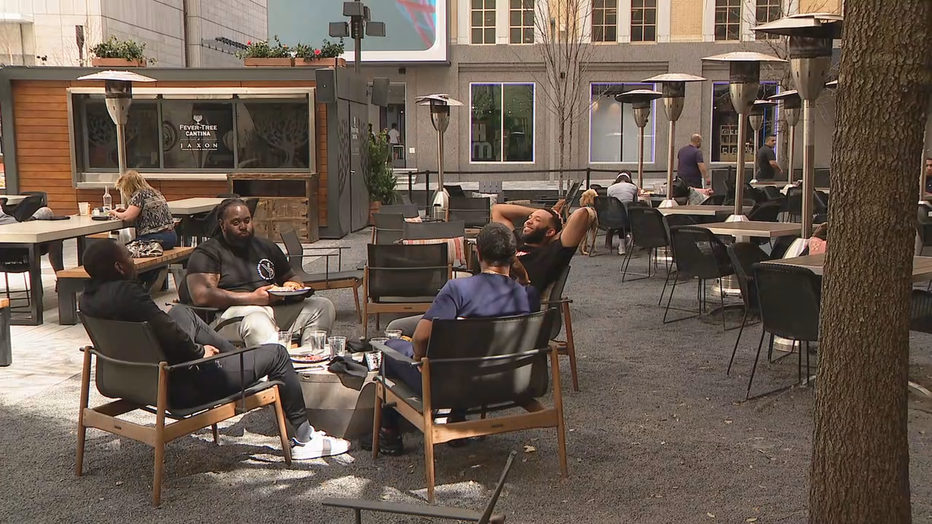 "95% of our people would be sitting outside with their coats on rather than sitting inside," he said.

President Joe Biden's senior advisor, Cedric Richmond, said there were other benefits beyond the $1,400 stimulus checks that went to 88% of Texans.

"We expanded the earn income tax credit and the child tax credit, which means that, this year, for every child that you would get a monthly check starting in June to the end of the year," he explained.

While so many have recovered, Melesky said they are far from normal.

The Small Business Administration said that since the start of the year, more than 269,000 small business loans have been approved.