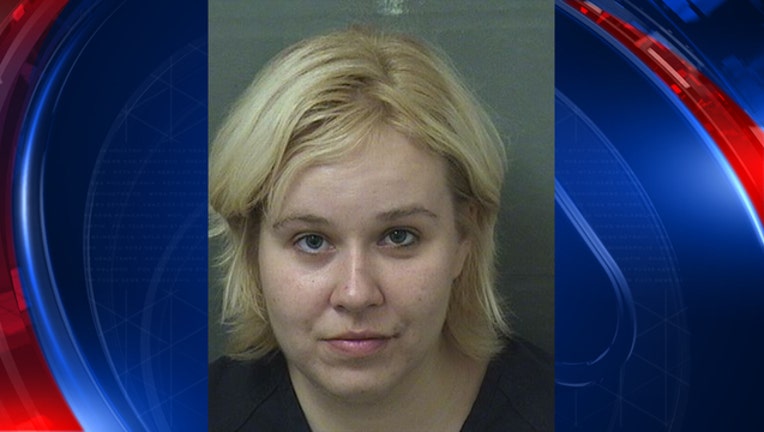 LAKE WORTH, Fla. (FOX 10) -- A Florida woman has been charged, after an incident that began when the woman's parents refused to go to to Outback with her, and quickly escalated to an incident that involved a sharp knife.

According to court documents from Palm Beach County, 28-year-old Deana Michelle Seltzer has been charged with domestic battery, domestic battery of a person 65 or older, and aggravated assault with a deadly weapon. The incident happened Wednesday afternoon at the suspect's home in Lake Worth, a city located south of West Palm Beach. The suspect lives with her parents.

Seltzer, according to court documents, then began screaming and flipped over a large, heavy glass table top, which shattered. The suspect then went around the house, flipping recliners and tearing up other things inside the home. Seltzer then ran to a hallway, where she ripped a 12-inch decorative knife off a backing, and ran towards her father, slashing the knife, screaming "I'm going to f*****g kill you".

The father, according to court documents, eventually was able to grab Seltzer's arm, and wrestle the sharp knife from her. Seltzer reportedly told deputies her parents "should have taken me to Outback and this wouldn't have happened". The two victims are described in court documents as "elderly and frail".

No bond was granted for Seltzer, according to court documents.

FOX 10 reported on this story from Phoenix.