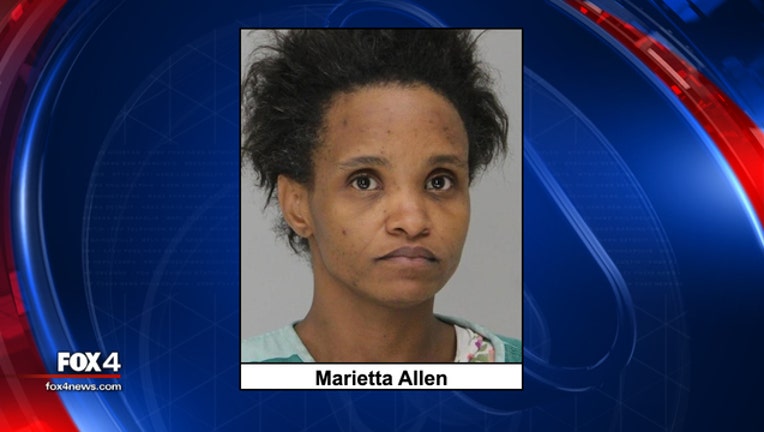 GARLAND, Texas - Police are looking for the woman who was last seen with a man who was found dead in a Garland storage unit.

The Garland Police Department said 42-year-old Victor Aramburo’s body was discovered Monday evening at the storage building on South Kirby Drive. The building was apparently being used as living quarters.

Although the Dallas County Medical Examiner has yet to determine Aramburo’s exact cause of death, police said he had trauma to his body that suggested he was murdered.

Investigators are treating the case as a murder and looking for 38-year-old Marietta Allen. They want to talk to her because she was seen with Aramburo before his death.

Police said Allen is considered a person of interest in the case. Anyone with information about her or the case should contact the Garland Police Department at 972-485-4840.

Crime Stoppers is also offering up to a $5,000 reward for information that leads to an arrest and indictment. Tipsters should call 972-272-8477.