A Tarrant County family is getting support from the community after COVD-19 claimed the life of a father who had already gotten a second chance at life.

HALTOM CITY, Texas - People with big hearts are helping a Tarrant County middle school student and his family get through a difficult time.

Richardo Perez’s father, who for years suffered from kidney issues, died last month because of the coronavirus. Since then his family has struggled financially.

So when the Haltom Middle School eighth-grader wrote a heartfelt letter online asking for help, several of his teachers stepped up.

“They are just too young to be losing a parent and it just broke my heart,” said Kady Pearce, a teacher at Haltom Middle.

“Since he was in elementary school his dad was very sick. Kidney issues, been on dialysis for almost a decade, had a transplant and did well with it. Then COVID came and stole his second chance at life. It’s a tragedy,” added Vanessa Pannell, the crisis intervention counselor at the school. 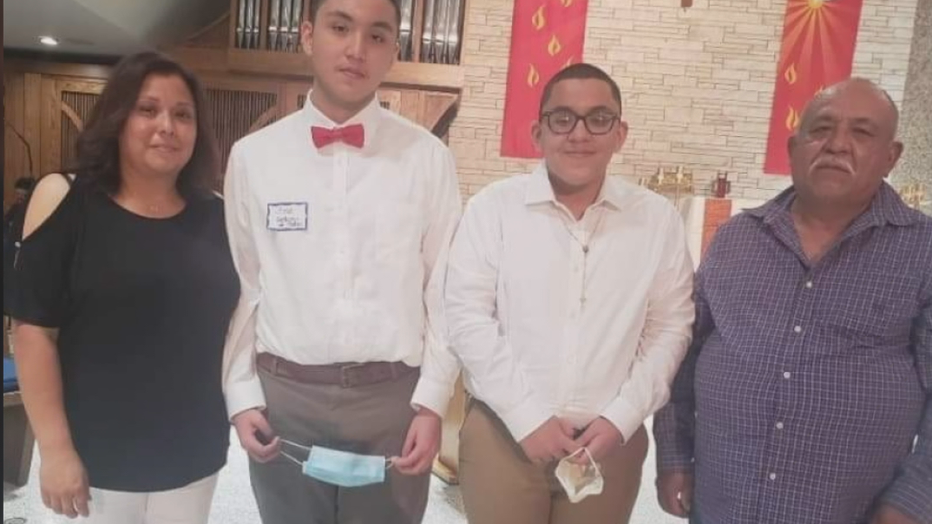 The Haltom City Law Enforcement Association and AA Wrecker in Haltom City, as well as other members of the community, have donated more than $8,000 to help the family.

“We can't replace what they lost of course but we can help in some way and that's what we did,” Pearce said.

The school’s counselor said it isn’t so much about paying the bills. It’s about giving Perez’ mom her dignity and courage back to allow her to focus on her two sons during this tough time while not worry about bills.