Dallas is considering an ambitious plan that leaders say would eliminate deaths from traffic crashes in the city in ten years.

DALLAS - Dallas is considering an ambitious plan that leaders say would eliminate deaths from traffic crashes in the city in ten years.

Right now, the city has the fifth-highest traffic fatality rate in the country — higher even than New York.

It sounds too good to be true, but the city’s director of transportation says he believes it is possible for the city to eliminate deaths from car crashes.

The plan would involve things like redesigning dangerous intersections and creating safer lanes for bicycles and scooters.

Dallas is a dangerous place to walk and drive. According to 2017 figures, Dallas had the fifth-highest rate of traffic deaths in the country. 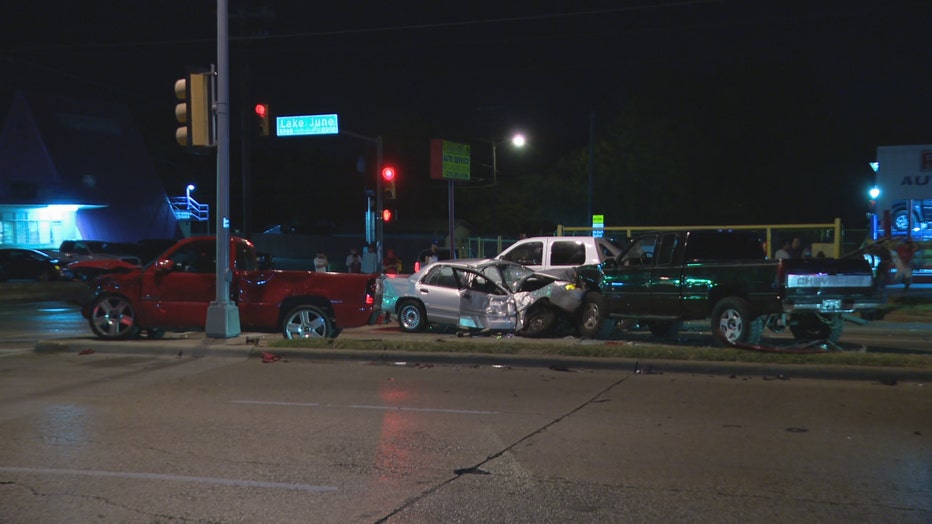 “We looked at data for 49 locations where we had cameras,” explained Dallas Director of Transportation Michael Rogers. “Eighty percent of locations had a reduction of crashes. It was doing what it was supposed to do.”

But this summer, Governor Greg Abbott signed a bill outlawing the cameras in Texas.

“We don't have that program anymore, so we need to come back to the drawing board,” Rogers said.

Rogers wants the city to join a movement known as Vision Zero. It's a strategy first implemented in Sweden in the 1990s and is now being used in cities across the United States. The goal is to end all traffic deaths.

“We need to start to design and plan for safe infrastructure that will take into account human error issues,” Rogers said.

The Vision Zero strategy is to use data to determine where the most dangerous roadways and intersections are. That data is then used to make engineering changes to slow traffic and create safe lanes for bicycles and scooters.

The strategy also calls for better enforcement of speed limits.

“We get a lot of complaints about where people are speeding, and we don't have a lot of enforcement right now,” said Dallas City Councilwoman Jennifer Gates.

The fatality rate for Dallas was released before electric scooters were introduced downtown, so the rate could now be even worse.

There is no cost for the city to adopt the Vision Zero strategy. Once the city returns with its plan, the city council will find out the cost to make Dallas streets safer.