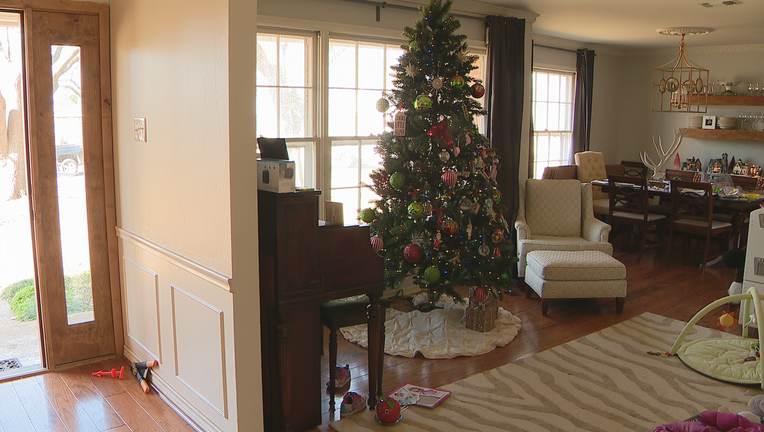 DALLAS - Churches are stepping into the caps to help people still recovering from the October tornadoes. But more volunteers and donations are needed.

The images of destruction were everywhere on the news after the tornadoes touched down on Oct. 20.

Now close to two months later, the recovery effort is still going on. Many families are still trying to get repairs done and get their lives back to normal.

An organization called Unite Greater Dallas is stepping up to provide some much-needed help. It’s a community effort led by a large number of local churches.

It’s widely believed that only affluent neighborhoods and wealthy families were affected but there are people in every income bracket who’ve lost homes and livelihoods.

Churches and other groups are coming together to continue helping the victims of the October tornadoes in the Dallas area.

Rachel Hamilton’s home was badly damaged inside and out. She and her kids had to move out for a couple of weeks.

She contacted Unite Greater Dallas and was amazed at the response.

"I feel so humbled on a daily basis of the people that have been helping, of the people that are kind through the process. Because it's an emotional, and emotionally draining time for a lot of people. It has been for us, and it's a daily reminder of everything that our family went through, and everything our community is continually going through,” she said.

Dallas County Judge Clay Jenkins is part of both the government and faith-based efforts to help the victims of the October tornadoes. He says the government cannot do it all. So the church-led efforts are filling the gaps.

Hamilton has insurance. But she like many homeowners are discovering gaps in coverage that have presented real challenges.