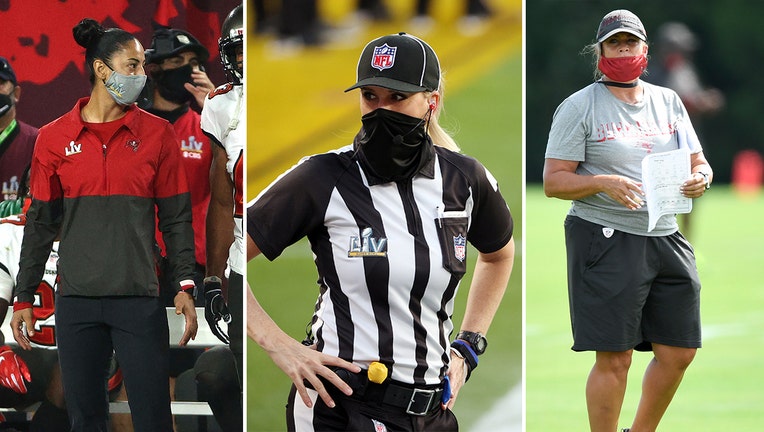 Sarah Thomas became the first woman to officiate a Super Bowl in NFL history. Thomas served as the down judge in the game, which oversees the line of scrimmage, manages the chain gang, rules on sideline plays, counts offensive players and reminds the head referee of the current down. 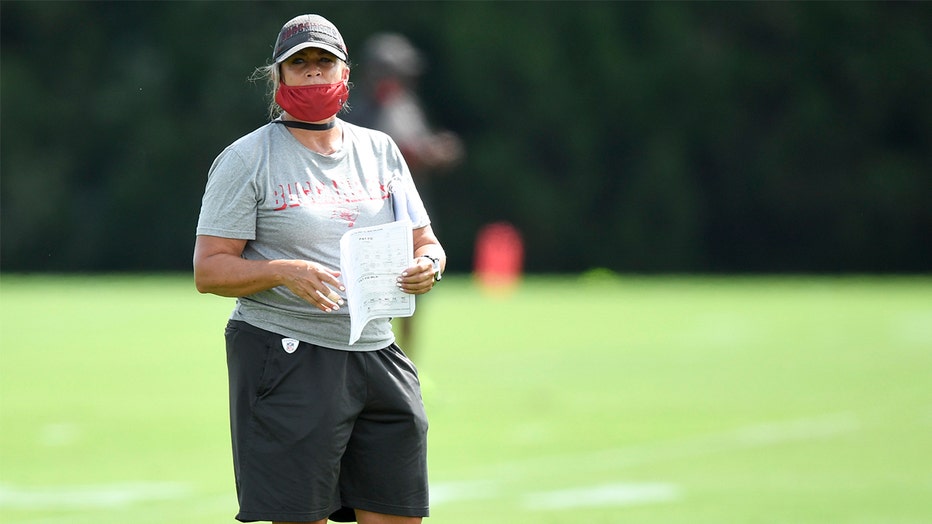 Locust and Javadifar have worked two seasons on the staff of coach Bruce Arians. Soon enough, they’ll get their Super Bowl rings, just like Tom Brady and the rest of the Buccaneers.

"If you can teach, you can coach," Arians said last week. "As far as the women, it was time. It was time for that door to be knocked down and allow them because they’ve been putting in time, and they’re very, very qualified. The ones we have are overly qualified." 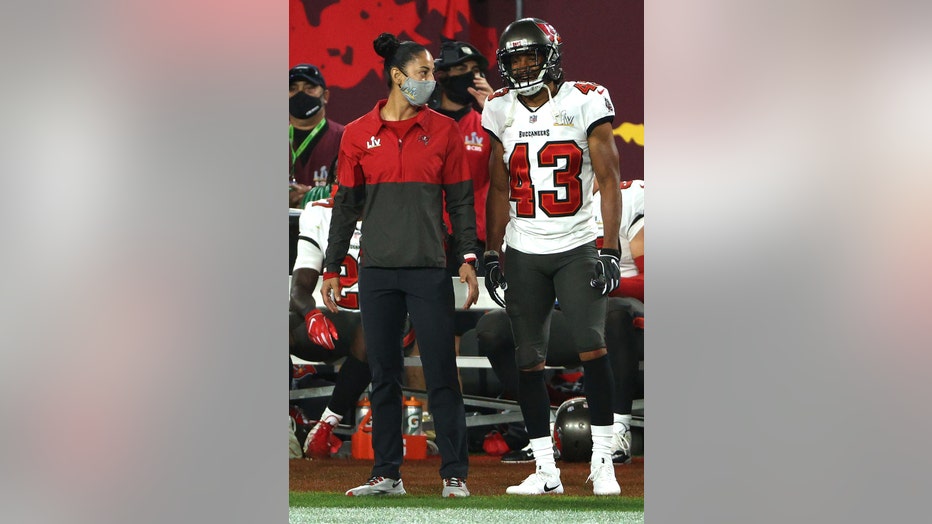 TAMPA, FLORIDA - FEBRUARY 07: Assistant Strength & Conditioning Coach Maral Javadifar stands on the sideline with Ross Cockrell #43 of the Tampa Bay Buccaneers in the first half against the Kansas City Chiefs in Super Bowl LV at Raymond James Sta

Last season, Katie Sowers became the first female to coach in a Super Bowl. She was an offensive assistant for the San Francisco 49ers in their loss to the Chiefs.

The Buccaneers were the only NFL team with two female coaches on their staff this season.

"I do look forward to the day that it’s no longer newsworthy to be a woman working in the pros or making the Super Bowl for that matter," Javadifar said last week. "And, you know, I hope we get to a point where all people are afforded equal opportunities to work in professional sports because there are a lot of great qualified coaches out there."

Sarah Thomas is pinching herself as she prepares to be part of NFL history when she takes the field as the first woman to referee the Super Bowl.

"It wouldn’t matter if we were second in or 273rd," she said last week. "And I mean, like we acknowledge the fact there hasn’t been many before us, but it’s not anything that we kind of keep in the forefront of what we do on a daily basis.

"When I was in fifth grade, I was the only female girl that played on the basketball team in Pascagoula, Mississippi," she told FOX 13 days before the big game.

She caught the bug for refereeing from her brother, who officiated high school football. He invited her to a meeting with other officials and she was hooked.

"Sarah Thomas has made history again as the first female Super Bowl official," said Troy Vincent, Sr., the NFL's executive vice resident of football operations. "Her elite performance and commitment to excellence has earned her the right to officiate the Super Bowl. Congratulations to Sarah on this well-deserved honor."

Being the first female in that position at the big game, she feels an additional responsibility as a role model, knowing little eyes are watching -- including those in her own home.

"It means a lot to me," she offered. "I have a precious little girl that is watching her mom. Not just on the football field, but daily at home. And I want her to know seeing it, believing it, and you can do it. She said, ‘Mom, they asked me what I wanted to do in the future and I told them I wanted to be a mom, a teacher and a ref like my mom.’"

FOX News and the Associated Press contributed to this report