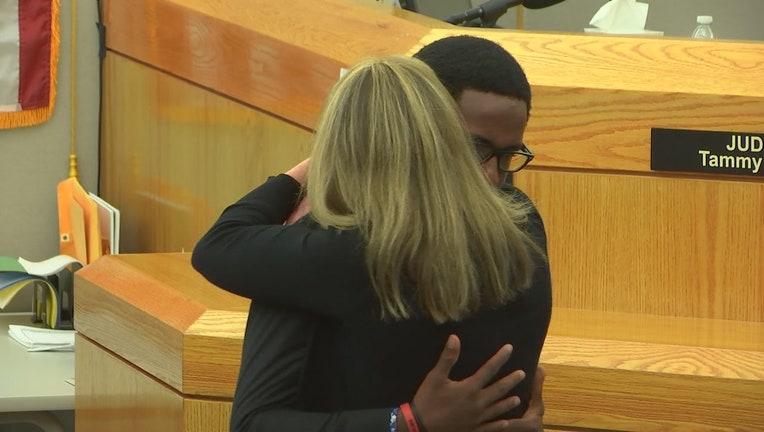 DALLAS - The brother of Botham Jean will be honored for the courage he showed during the murder trial of fired Dallas officer Amber Guyger.

Brandt Jean forgave Guyger and gave her a hug at the end of her trial after she was sentenced to 10 years in prison for Botham’s murder. The moment was caught by the camera filming the trial and quickly went viral.

Botham Jean was killed in his apartment by Guyger in 2018. Guyger claimed she thought she was entering her own apartment and Jean was an intruder, but a Dallas County jury convicted her of murder.

Brandt, 18, will receive the Ethical Courage Award from the Institute For Law Enforcement Administration in Plano next week.