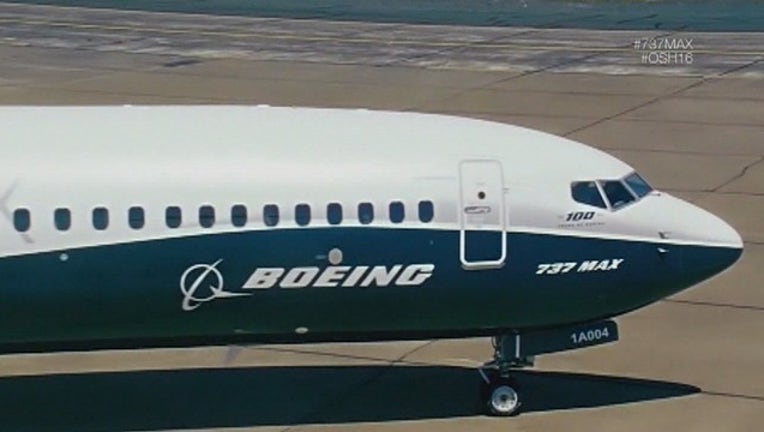 Boeing's CEO remains optimistic the troubled 737 MAX Jet will be able to return to service as soon as next month.

Dennis Muilenburg made the comments at an investor conference in California Wednesday morning.

The entire 737 MAX fleet has been grounded since mid-March following two deadly crashes. Muilenburg believes we're just weeks away from the MAX Jet being cleared for takeoff.

American Airline and United are banking on the planes being back in service in time for Christmas and New Year's. But the fact is the FAA is the only agency with the power to make that decision.

It's been six months since the FAA grounded the entire U.S. fleet of Boeing 737 MAX Jets following the two deadly overseas crashes that killed nearly 350 people.

Aviation officials determined a problem with the MAX Jet's MCAS flight control software was to blame. Boeing has been working for months on a software fix.

Speaking at an investor conference in California on Wednesday, Muilenburg says he expects the planes to be cleared for takeoff as early as October.

"We are making good solid progress to the software update to the airplane," the CEO said. "We are still targeting early fourth quarter for return to service with the 737 MAX."

Ron McCallum is an aviation attorney and pilot.

"What we know if that the company has not submitted the proposed software fixes to the FAA and here we are in mid-September," McCallum said. "So I think that's a pretty aggressive timeline."

Muilenburg says some 600 flight simulations using the updated software make him confident the MAX Jet is safe and ready for FAA recertification. Boeing also points out that production of the MAX was scaled down, but it never stopped altogether.

"This is all about being focused on safety," Muilenburg said. "And they're not going to specify a timeline or make this subject to politics or other considerations."

At the conference, Muilenburg also said the 737 MAX could be brought back into service gradually by regulators in other countries.

McCallum believes the FAA would take the lead.

"This is a U.S. manufactured aircraft with a large regulatory body in the form of the FAA that's going to have to approve this," he said.

American Airlines and United are the only two U.S. carriers that have yet to cancel flights into 2020. They are no doubt hoping Muilenburg is right. American's current timeline anticipates normal flight schedules during the Christmas holiday.

McCallum is not so sure.

"I think the public needs to be prepared for these flights to be canceled," he said. "If American is booking flights for the MAX during the holiday season, they're really getting ahead of themselves because here it is mid-September."

The FAA has still not given any indication as to when the 737 MAX Jet may be cleared for takeoff.

Southwest Airlines has already canceled flights on the MAX Jet through the start of next year.