Bipartisan bill proposed to help address the surge at the U.S./Mexico border

Republican U.S. Senator John Cornyn and two Texas congressional Democrats are pushing legislation to address the surge of migrants at the border.

Republican U.S. Senator John Cornyn and two Texas congressional Democrats are pushing legislation to address the surge of migrants at the border.

Supporters say this legislation should take the pressure off facilities, like the one in Downtown Dallas, and relieve border patrol agents sidetracked by unaccompanied minors.

"They’ve flooded the zone so much that our border patrol, number one, will be taken off line to take care of unaccompanied children, leaving drug smugglers huge gaps," Sen. Cornyn said about the problem at the southern border.

Drug runners "gaming" the system by smuggling thousands of unaccompanied children into the U.S., tying up border agents and overwhelming the immigration system, the biggest surge of the last 20 years.

To tackle it, a bipartisan team from both chambers introduced the Border Solutions Act.

"Taking border patrol agents out of the business and putting them back in national security business is what this gets to the heart of," explained Representative Tony Gonzales. 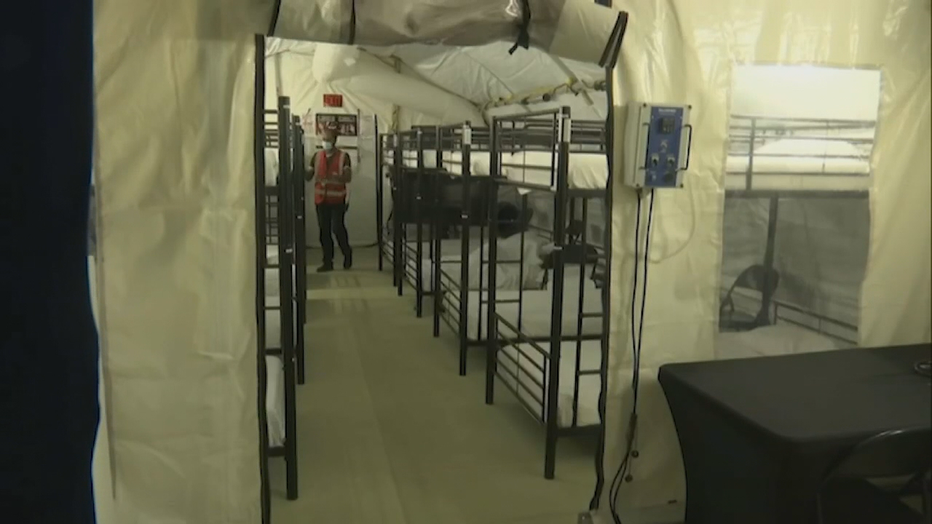 Cornyn hopes the four new facilities will reduce the need for other detention centers like the Health and Human Services facility at Kay Bailey Hutchison Convention Center in Dallas, currently housing just under 1,500 teen boys, down from 2,300 last month through family unifications and transfers.

Catholic Charities and other groups are continuing to staff volunteers to offer comfort.

And a small number of COVID-19 positive boys also being temporarily sheltered at the Cobb Athletic Complex at Fair Park.

So far, it’s unclear what it will cost to accomplish the initiatives, but one Democrat sponsor puts it this way.

"To keep one child for just two days, we spend more than what Americans got in their stimulus checks," Representative Henry Cuellar said.

Cornyn said it’s still unclear exactly where the proposed processing facilities would be located, but supporters are confident they are on to a solution where many others have failed.

"The bottom line is we are trying something," Rep. Cuellar said.

"If you you’ve got a better idea, come forward with one," Sen. Cornyn added.

When pressed for a timeline of when these initiatives could be implemented should the legislation make it through Congress, Sen. Cornyn said there is no clear answer.

It would need the president’s signature and they would have to appropriate money, so it’s really hard to say.