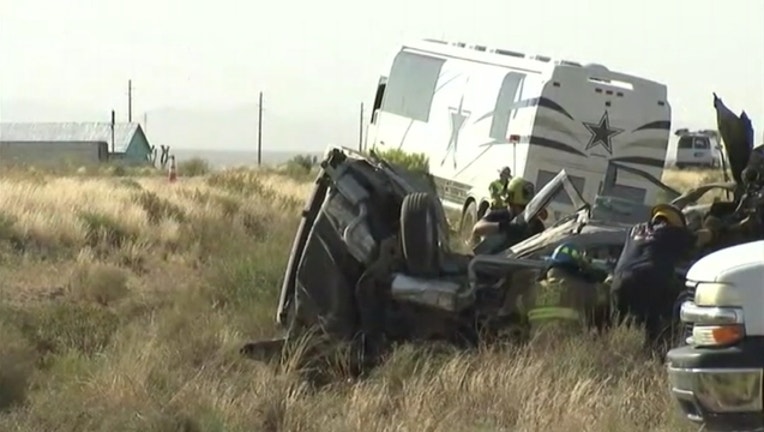 KINGMAN, Ariz. (AP) — Authorities say a van failed to yield the right of way at a stop sign before colliding with a Dallas Cowboys staff bus along an Arizona highway.

The Arizona Department of Public Safety said Tuesday the four occupants of the van who were killed in the Sunday collision on U.S. 93 north of Kingman were Chinese nationals.

Identities were withheld pending notification of next of kin. It could not be immediately determined if they were related.

Nobody was injured on the bus that was headed to a pre-season promotional stop in Las Vegas. No players were on the bus.