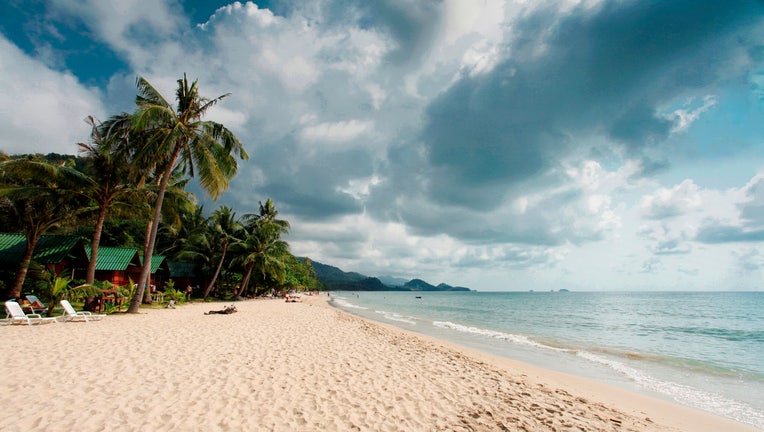 It's trouble in paradise.

One man might be jailed over bad reviews of a Thailand hotel, possibly facing up to two years behind bars for the critique.

Wesley Barnes is being sued by Sea View Resort after penning a negative post with a one-star review on Tripadvisor, the AFP reported on Saturday. The Koh Chang island hotel claims that the American man has written multiple reviews across different sites, denouncing its business.

"The staff was not friendly. Nobody could smile,” a Tripadvisor review by Barnes reportedly said, according to a screenshot travel blogger Richard Barrow tweeted on Saturday. “The restaurant manager was very rude and full of himself. He is from the Czech Republic. There are other hotels with better-friendlier staff. Avoid this place as if it was the coronavirus!"

Colonel Thanapon Taemsara of the Koh Chang police confirmed that the hotel would be pressing charges, with Barnes accused of damaging Sea View’s reputation and arguing with staff about not wanting to pay a corkage fee for alcohol he brought to the resort.

“The Sea View Resort owner filed a complaint that the defendant had posted unfair reviews on his hotel on the Tripadvisor website," Taemsara told the AFP.

Officials for Sea View say that they are suing Barnes because he has slammed the resort on multiple websites in recent weeks. In June, the man allegedly accused the resort of “modern day slavery,” which was soon removed from Tripadvisor for violating the travel website’s guidelines.

The critic was taken into custody and brought back to Koh Chang, where he was briefly detained and freed on bail, AFP said.

Thailand’s infamous anti-defamation laws have long drawn the ire of human rights groups; if Barnes is sentenced, he could be sent to two years in prison and fined about $6,315 (200,000 baht).

When reached for comment, a spokesperson for Tripadvisor told Fox News the travel company is investigating the incident and shared the following statement:

“Tripadvisor is opposed to the idea that a traveler can be prosecuted for expressing opinions. Thankfully, on a global basis, prosecutions like this are rare and hundreds of millions of travelers are able to express themselves freely without facing criminal charges,” the rep said.

“Tripadvisor was created on the premise that consumers have the right to write about their first hand traveling or dining experiences – good or bad – as those reviews are one of the most powerful ways to enable others to find all that is good out there in this world. Travelers benefit from the transparency of hundreds of millions of candid reviews provided on our platform. Similarly, the platform allows hoteliers and other travel-related businesses to reply to criticism and engage travelers in what we hope are meaningful and positive dialogues.”

Related: National park in Thailand will collect, mail litter back to visitors who left it behind

“We continue to support our users' right to give honest, positive or negative, constructive feedback to the millions of businesses on our site,” the Tripadvisor spokesperson continued. “We are continuing our investigation into this incident and are in the process of reaching out to the U.S. Embassy in Thailand.”

In a statement to Fox News, a spokesperson for Sea View stressed that the hotel was suing Barnes over a “slanderous” string of online comments, not just because of one negative review.

“We initiated numerous attempts to discuss with the guest to stop his series of fabricated, recurrent and damaging public reviews to our staff and our hotel,” the spokesperson said on Monday. “However, the guest had refused to have any discussions with us nor stopping his public rampage in attacking our staff and our hotel. In escalation of these public online harassments, we decided to seek help from the local authority to protect our business.”

The man left “multiple fabricated and slanderous reviews on TripAdvisor and Google from June 29 until now,” the Sea View spokesperson alleged. Though some of the defamatory posts were deleted by administrators for the websites, Barnes continued to post such messages, they said.

“We chose to file a complaint to serve as a deterrent as we assessed that he might continue to write negative reviews week after week for the foreseeable future,” the rep said. “The fabricated contents included accusations of our hotel practicing slavery, xenophobic connotations against our food and beverage director for his Czech nationality. He also left comments that could mislead readers to associate our property with the coronavirus.”

“Despite our multiple efforts to contact him to resolve the matter in an amicable way for well over a month, he chose to ignore us completely,” the Sea View spokesperson claimed. “He only replied to us when he had been notified of our complaint by the authorities. The hotel has no other choice but to file a case with an authority to protect our business and staff that has been harassed by his reviews.”