MINNEAPOLIS (FOX 9) - Protesters marched down the streets of downtown Minneapolis Monday night as jurors deliberated the charges faced by Derek Chauvin nearby.

The demonstration was organized by a coalition of activist groups demanding change in policing and the criminal justice system after the death of George Floyd in 2020.

As the jury deliberations continue in the Derek Chauvin trial, protesters took their message to the streets.

The protest began shortly after closing arguments in the trial of Derek Chauvin.

Sharpton and Jackson joined with the families of George Floyd and Daunte Wright in front of the courthouse to pray. 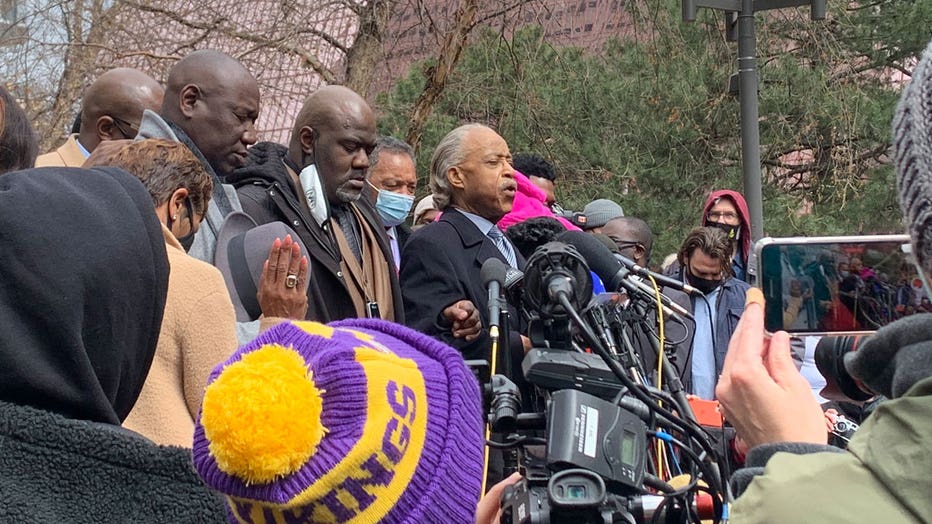 Rev. Al Sharpton and Rev. Jesse Jackson lead a prayer outside the Hennepin County Courthouse ahead of the verdict in the trial of Derek Chauvin.

During the prayer, Sharpton discussed the impending trial verdict but said his focus is broader than just one court case.

"Whichever way this verdict goes, we won’t stop until the law is changed," he said.