A nine-year-old girl was driving a vehicle with her four-year-old sister in the car, when she attempted to get on a freeway in Utah, swerving into a semi, according to police. (Credit: West Valley City Police Department)

WEST VALLEY CITY, Utah - Two young sisters were involved in a head-on crash involving a semi-truck on a roadway in Utah Wednesday morning.

According to West Valley City Police Department, a nine-year-old girl was driving the vehicle with her four-year-old sister in the car, when they attempted to get on the freeway in West Valley City.

"The young girl and her 4-year-old sister apparently snagged the keys to the family car while their parents were sleeping and set out on their own summer adventure," the police wrote on Facebook. 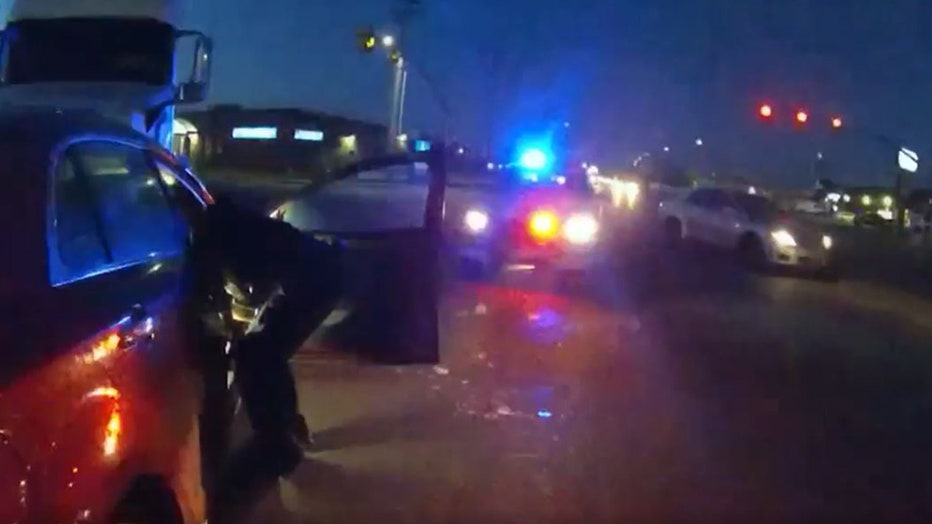 The girls drove about 10 miles from their home in West Jordan -- via a highway and a freeway -- before exiting off, hopping a median and slamming head-on into a semi-truck.

Police said the children got into the vehicle because they wanted to go to California and "swim in the ocean."

According to local news outlet FOX 13, the semi-driver got out to check on the condition of those in the vehicle, and "initially he told police he couldn’t believe his eyes when he saw who was actually driving."

RELATED: ‘Something out of Hollywood’: Car explodes into flames on Texas highway

While, the car suffered serious damage, and even the semi had to be towed, no one was seriously injured in the crash.

"Thankfully, though, no one got hurt, we suspect in large part because those little girls at least remembered to wear their seatbelts!" police wrote.