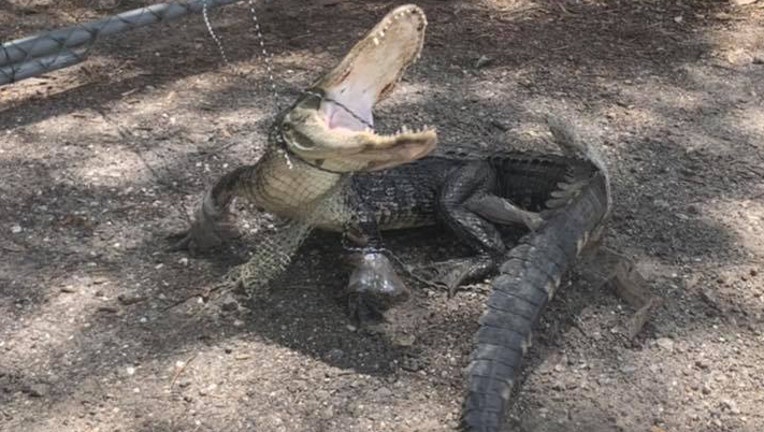 TAMPA, Fla. - A 5-foot, 10-inch alligator with a missing limb and boxing tape around her jaws, front legs, and tail was discovered Thursday outside Croc Encounters, an educational and wildlife sanctuary facility in Tampa.

According to the sanctuary, the gator was spotted outside the gates by a group of people arriving for a tour. Croc Encounters staff say they immediately went to investigate and by the time they got to the gates, the gator had made its way down the road and was headed toward U.S. 301.

After calling the nuisance gator hotline and a deputy, who arrived on the scene, Croc Encounters received a permit to remove the gator and bring her into the sanctuary.

While they were capturing the gator, staff found a casting net inside her mouth. They added that the clear boxing tape was split open, allowing her to be free, but it was still stuck on her body. One of the gator's legs was partially amputated, but staff says that was likely the result of a fight with another gator and was already healed. 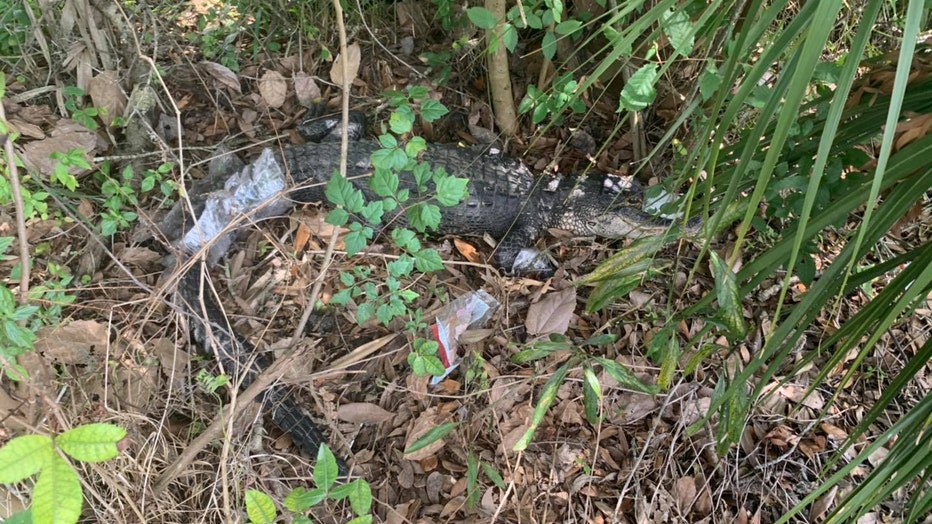 Croc Encounters staff say they believe the gator was intentionally captured and bound with boxing tape, but they don’t know how she got to the sanctuary gates.

Croc Encounters says the gator has a new home at its sanctuary where she will be free from human harm. 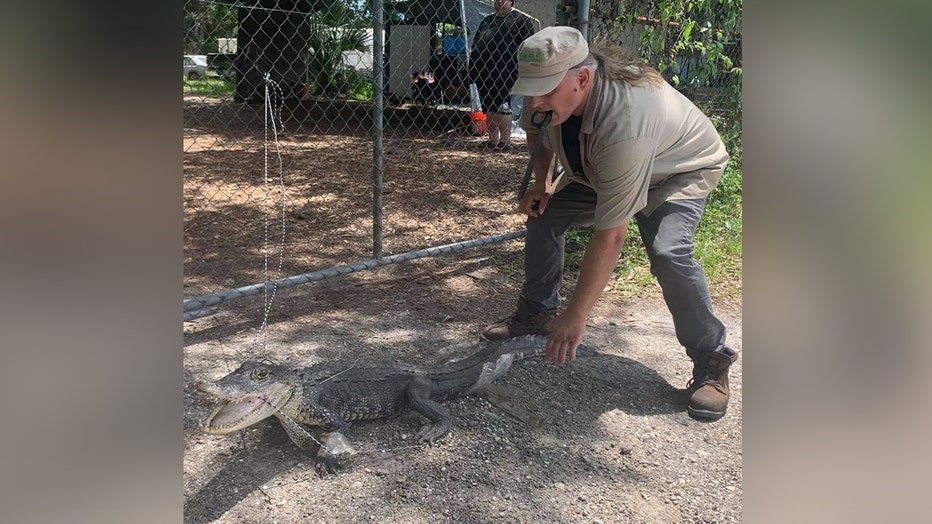