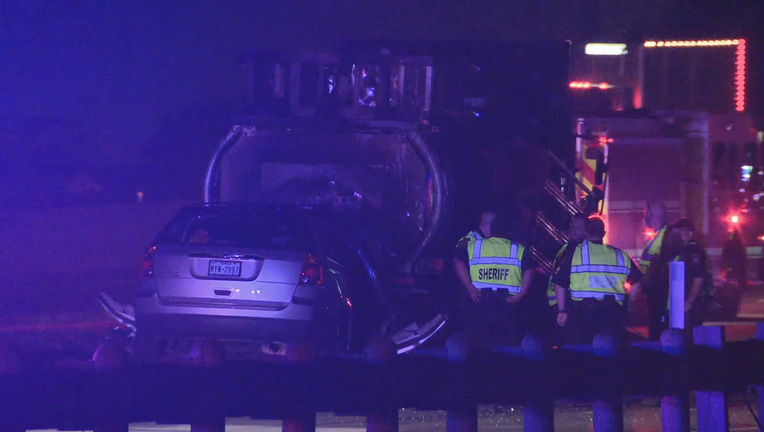 DALLAS - Two people are dead and two others are in the hospital after a fiery crash Friday night in Southeast Dallas.

The wreck happened just before 9:30 p.m., when Dallas County Sheriff Department deputies were called out to I-20, near Haymarket Road.

Investigators found that an SUV traveling west on I-20 slammed into the back of a construction truck near Haymarket Road and burst into flames.

The attenuator truck was parked along the right lane of the interstate, with an arrow telling drivers the lane was occupied and they should move over.

The driver of the SUV and the 41-year-old front passenger were pronounced dead at the scene.

The names of those involved have not been released as the sheriff's office continues to investigate.