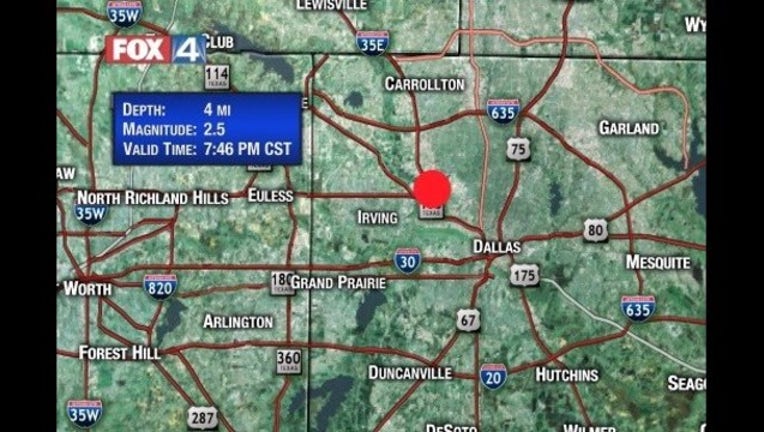 The week is starting with one earthquake already on record. A 2.5M earthquake shook near the old Texas Stadium Sunday night at 7:46 p.m.

The last earthquake recorded in the area occurred on Friday morning in the same area, measuring a 2.6 magnitude quake. It was also the 12th earthquake in two days, all ranging in magnitude from 1.6 to 3.6 on the Richter scale.

The epicenter of most of these earthquakes is consistently near the old Texas Stadium site in Irving. But what is causing them remains unknown.

Prior to the higher earthquake activity in the middle of last week, SMU officials announced that its seismology team would install 22 seismographs across Irving in the wake of the quakes occurring in recent months.

The city of Irving had reached out to Southern Methodist University seismologists and asked for their expertise regarding recent earthquake activity located in or near Irving.

"In the near term, our first step is to put out seismographs to confirm and refine the location of the quakes and define the faults in the area," said Heather DeShon, associate professor of physics at SMU in a statement. "Only after we get that data will we be in a position to investigate the potential cause of the earthquakes."

The cities of Dallas and Irving will form a task force to investigate the cause of the quakes.

Before 2008, there had been only one reported earthquake in what's called the Fort Worth Basin. Since 2008, there have been more than 100 in North Texas.