An intricate mural may catch your eye next time you're in Downtown Dallas. It's the work of a North Texas high school student. He was commissioned by the Trammell Crow Center.

DALLAS - The work of a local high school artist is now on display in Downtown Dallas.

The Trammel Crow Center commissioned 18-year-old Ben Reynolds to create a mural on the side of a parking garage located at Olive Street and Ross Avenue.

While his artwork is intricate, he does not plan the design. He said the ideas just come to him. 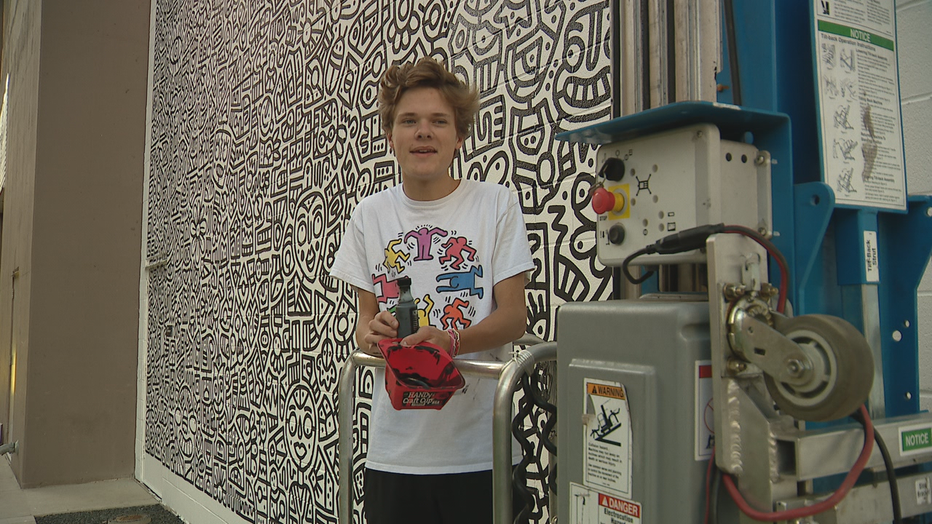 “I was a little nervous because I had never done anything this big. But usually when I’m doing this it just kind of is a stress reliever for me so I wasn’t super stressed about doing it or the idea of doing it. I guess it was more just how big it was and just I’ve never done that before. It’s something I was super excited about,” he said.

Reynolds has also painted a mural in Deep Ellum and his work is on display in New York and Liberia in Africa.