Two teenage sisters died in a one-car accident in Johnson County, south of Fort Worth. Their mother was also seriously hurt.

ALVORD, Texas - Two teenage sisters died in a one-car accident in Johnson County, south of Fort Worth. Their mother was also seriously hurt.

Barbara Underwood remains in serious condition at John Peter Smith Hospital after losing both of her daughters in the crash Sunday afternoon.

Around 12:30 p.m., investigators said she veered off County Road 604 and hit a small bridge just south of Happy Trail Road near Alvarado. The guardrail impaled the front of the family’s Ford Escape.

Hannah and Haley Underwood, who were both 17 years old, died at the scene. 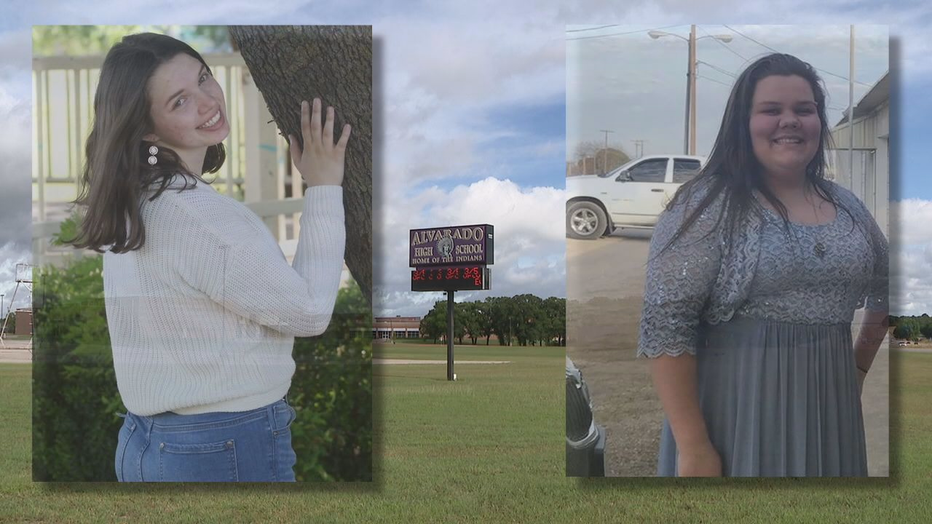 “It’s very sad. The whole time we were praying for them that they make it through the thing. We weren’t sure the status. We just knew that it was a very serious a lot of authorities here – fire department, DPS,” said David Kissel, who heard the crash.

“It was just one of those things where you saw that car impaled on the guard rail it just... your mind can’t wrap around that. It just can’t,” added Georgianna Coffman, who also heard the crash.

Alvarado ISD said both girls went to Alvarado High School. Hannah would have graduated with her classmates on June 5. Haley just finished her junior year.

The district has made crisis counselors available to students and staff.

Investigators said they are still looking into why the family’s SUV veered off the road before crashing into the bridge.

Sisters killed in crash near Alvarado