Dallas police have labeled the death of Franklin Alexander Mercado a homicide.

No suspects have been named at this time.

And while Monge says this shouldn’t be happening, he feels some blame for what is happening.

Warranted or not, he shelves responsibility, and is now working to right his wrongs.

Monge admits he was selling heroin at the time he shot into a car off Holcomb Road and Old Homestead Drive. He served prison time because of it.

“I didn’t really have any sense of direction,” he said. “My options were very limited and I didn’t have any initiative inside of myself either.”

Growing up, he says he was a follower, and now wonders if anyone followed in his troubled footsteps.

“And I wondered, did I lead that example to someone, maybe a little bit younger, and then that person gave that example to whoever did that to that kid the other day. You think, ‘I don’t feel like that kid’s blood is on my hands.” Monge said. 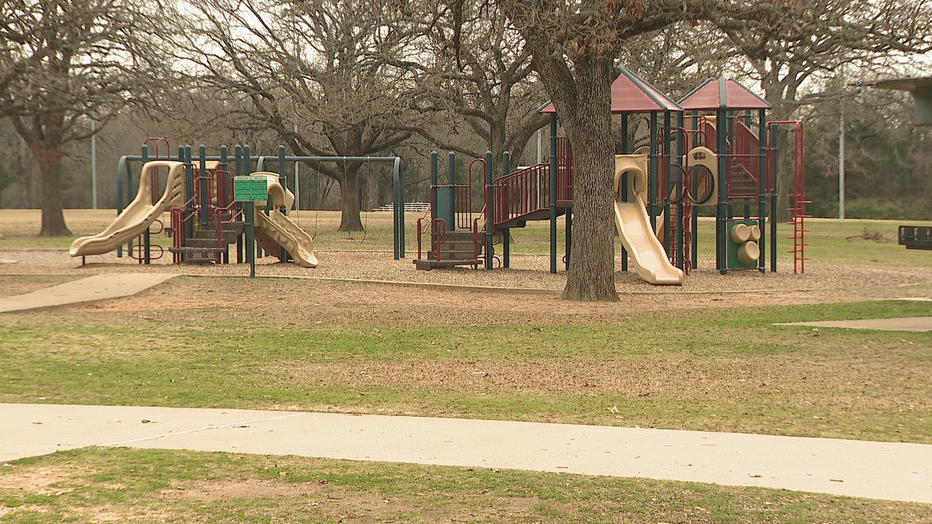 This is home for Resendez. He says he’s in contact with DPD, and doesn’t believe there’s an immediate threat to the community.

“I never felt in any danger in this park,” he added.

Resendez says he fully supports Dallas PD and Police Chief Renee Hall because the city needs them to be successful.

He’s also encouraging anyone with concerns to attend the chief’s listening session in District 5 on Tuesday.

Monge showed up to Crawford Park on Sunday without a clear plan, only knowing that the 16-year-old’s death hit too close to home.

And with one homicide being too many, he wants others to learn from his rough road.

“I’ve forgiven myself but that’s why I’m on the other side now,” he added.