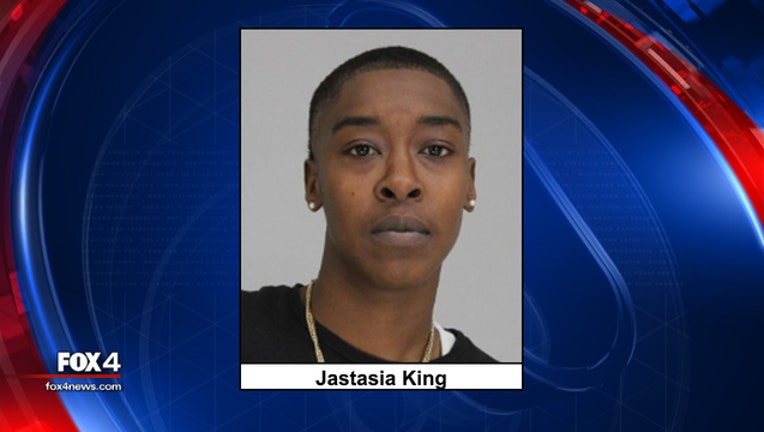 DALLAS - The driver involved in a pedestrian crash that killed a 12-year-old boy was arrested after leaving the scene Saturday afternoon.

This wreck happened at 1:30 p.m., as a 2002 Nissan Altima, driven by Jastasia King, was westbound on W. Ledbetter Dr., approaching Vista Wood Blvd.

A youth football team was at the intersection collecting donations from passing drivers.

Police say one of the boys, Ricky Tave, stepped off the north curb and ran south across W. Ledbetter, but wasn’t in a crosswalk.

That’s when he was struck by King’s vehicle.

King initially stopped, but then got back in her car and tried to leave.

Some people tried to detain her before first responders got there, but she managed to leave.

Tave was taken to Children’s Hospital, where he was pronounced dead.

King was later found and charged with failure to stop and render aid.