1 in 5 Texas bars applied for permit to reopen as restaurant, state data shows

State data shows that nearly one in five bars statewide have been approved, or applied, for a permit that allows it to operate as a restaurant. Those establishments can expand to 75 percent capacity on Monday.&nbsp;&nbsp;&nbsp;&nbsp;

ROWLETT, Texas - While Texas bars learned Thursday that they will have to remain closed, many bars are still finding ways to open.

State data shows that nearly one in five bars statewide have been approved, or applied, for a permit that allows it to operate as a restaurant. Those establishments can expand to 75 percent capacity on Monday.

The state last month loosened certain requirements letting it slide if a place didn't have a commercial kitchen. Places can even partner with a food truck and count that revenue toward meeting requirements.

Not all bars though have been able to make the transition. They feel there's not much difference between them and the ones serving more food. 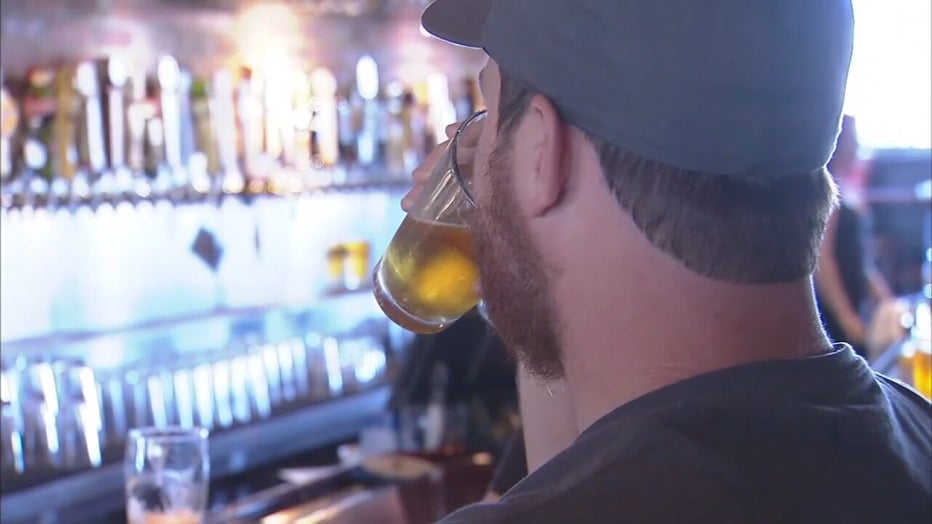 At Hang Time Bar and Grill in Rowlett, the phone is still ringing with questions. The answer is still the same.

“I don’t want to be sitting at my house collecting an unemployment check. I want to be behind the bar making money,” said bar manager Aubrey Rader. “It’s been tough. You really miss it not coming to work and seeing every else have fun but us.”

The bar is one of thousands across that learned Thursday it will remain shuttered.

While Governor Greg Abbott expanded restaurants and other businesses to 75 percent capacity, bars remain at zero.

“Because bars are nationally recognized as COVID-spreading locations, they are still not able to open at this time,” he said.

But in a way, bars are opening in the state of Texas.

In fact, the Texas Alcoholic Beverage Commission tells FOX 4 more than 1,100 of the roughly 8,000 bars across the state have reclassified as restaurants. That after the TABC loosened requirements due to the pandemic.

If another several hundred pending applications are approved, it would mean roughly one in five bars statewide are now a restaurant and able to open.

“This circus of regulatory madness that has been introduced because of the governor’s lack of leadership,” he said. “Texans, we’re smart people. We don’t need a scientist to explain that when all you do is introduce a pre-packaged sandwich from 7-Eleven. That doesn’t somehow eliminate public health risk.”

The alliance is now calling on Gov. Abbott to call a special session. It says it’s time for the elected legislators to have a say in whether bars can reopen.

“At one point does one segment of the economy and one set of business owners and employees have to be capriciously punished continuously,” Klein said.

Managers and Hang Time say it wouldn’t be feasible for them to reclassify. So in the meantime, they wait after absorbing another blow.

“It makes you kind of lose hope,” Rader said.

While the governor says the state will work with the bar industry on a plan, the Texas Bar and Nightclub Alliance says it's already proposed a stringent plan, but it hasn't been getting much by way of dialogue.