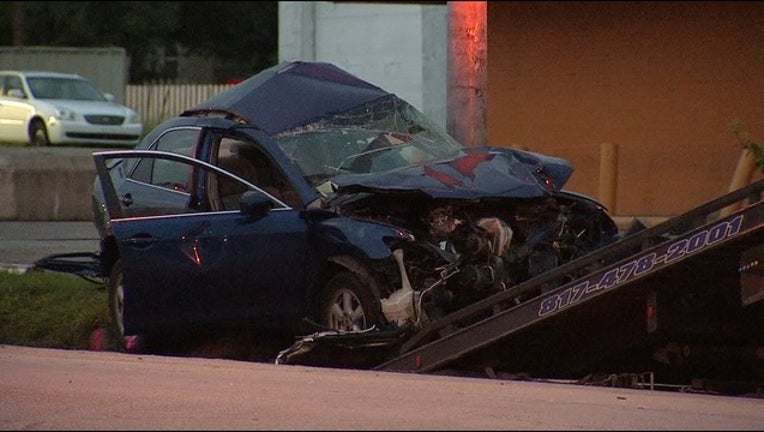 Crash scene in Fort Worth on Hemphill St.

Fort Worth Police are investigating an early morning crash that left a man dead.

It happened at 4:30 am on Hemphill St. just north of Seminary Dr.  Police say the driver was speeding, hit a pole, and died at the scene. First responders had to cut the passenger out of the burning car. The passenger was not seriously hurt.

The identities of both people have not been release. The crash is under investigation.