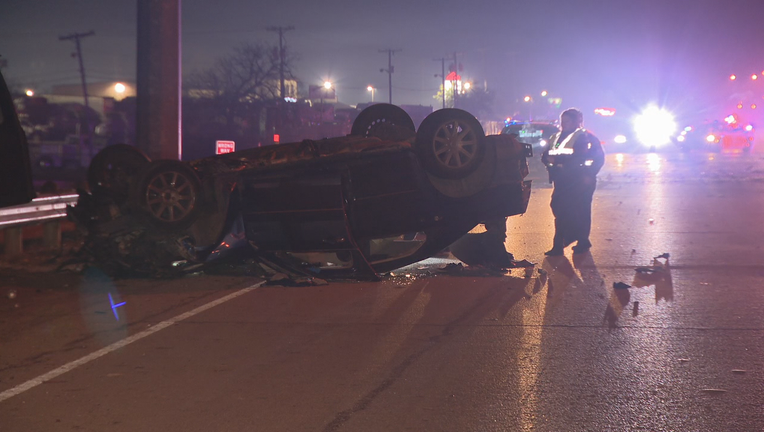 DALLAS - A woman is dead and a man is injured following a crash early Sunday morning in Southeast Dallas.

The woman driving the SUV died while being taken to a hospital.

The driver of the other vehicle was injured and taken to a hospital. His condition is not known.

Investigators are looking into the cause of the crash.