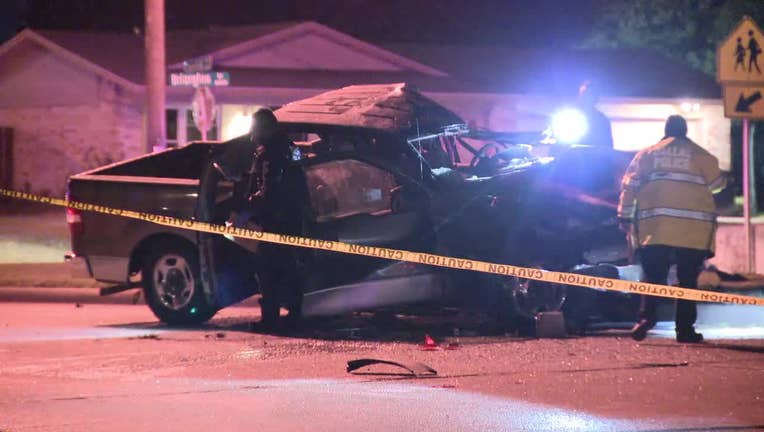 DALLAS - One person is dead and another is in critical condition after a crash in West Oak Cliff early Sunday morning.

Dallas police said the wreck happened at about 2:30 a.m.

The driver of a pickup truck was heading south on Cockrell Hill Road, when the driver lost control near Illinois Avenue and slammed into a utility pole.

Two people were trapped in the pickup.

Firefighters arrived to get them out.

They found one dead and rushed the other to a hospital.

No further details have been about the crash at this time.