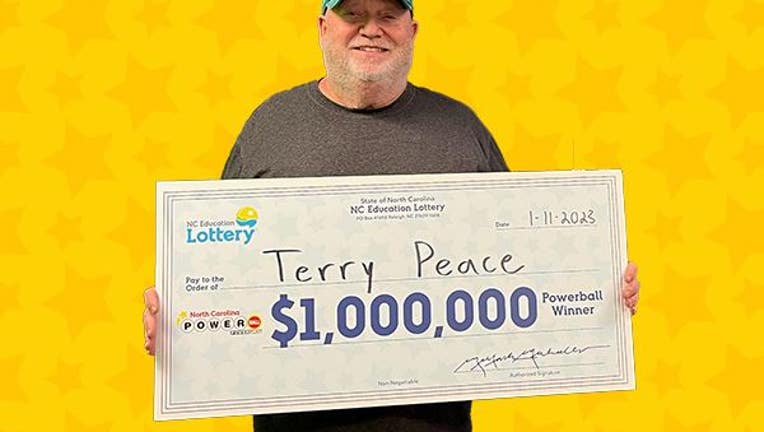 Terry Peace won $1 million after his wife forgot about the ticket in the bottom of her purse. (Credit: NC Education Lottery)

WAYNESVILLE, N.C. - It's a good thing Terry Peace's wife rechecked the bottom of her purse.

The couple from Waynesville, North Carolina, won $1 million with the North Carolina Education Lottery after misplacing the winning lottery ticket.

"My wife found it in her pocketbook," Peace said in a news release. "I guess when she initially reached in to check the tickets she just missed that one."

Peace does renovation work on homes but may take early retirement after the win.  He said he also wants to put money aside for his savings, grandchildren, and buy a Ford F-150 truck.

"This is life-changing," he continued. "How many people really win a million dollars."

"We just can’t put into words how happy we are and how appreciative we are," he added.

Peace claimed his prize on Wednesday and took home $712,501 after taxes.