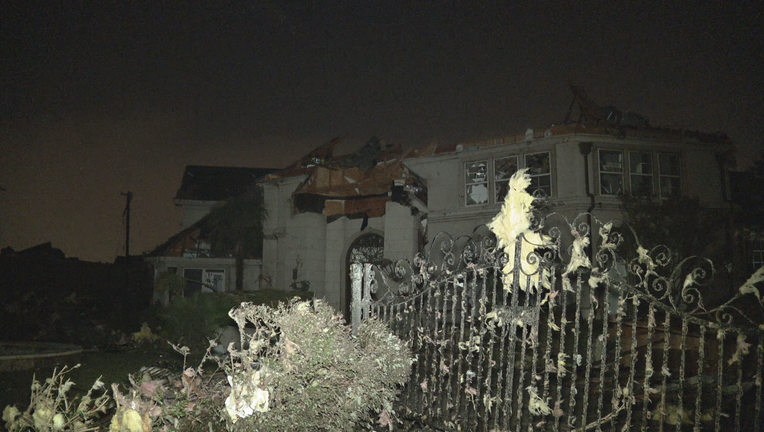 DALLAS - Some Dallas Stars players are dealing with damage from Sunday’s severe weather.

Goalie Ben Bishop’s home was damaged. Team captain Jamie Benn said he checked on Bishop’s family after the storm and the damage was like nothing he had ever seen.

“It was a scary situation. I took a little drive to check on Bish and that’s pretty scary. So hopefully everything gets back to normal pretty quick,” he said.

Stars center Tyler Seguin’s home near Royal Lane and Preston Road was destroyed. But he was in the process of selling it and had already moved out.

Seguin thanked people who reached out to him, calling the damage in his neighborhood a sad thing to see.