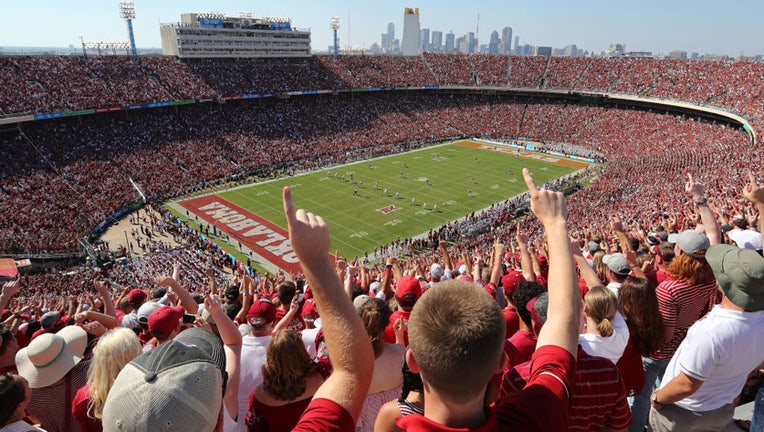 DALLAS - The Texas Longhorns will play the Oklahoma Sooners Saturday for the 115th game in a legendary college football rivalry.

Each year about two million people attend the State Fair of Texas. And the thing that brings them there maybe more than anything else is the Red River Showdown tradition.

Texas and OU have been meeting each year in the Cotton Bowl during the state fair since 1932. The atmosphere and the electricity is unlike anything else in college sports with a solid crowd of more than 92,000 excited fans.

Last year, it was the Longhorns that pulled off an upset win over the Sooners. The final score was 48-14.

It’s Texas/OU weekend at the State Fair of Texas

Tomorrow for the 115th time, the University of Texas and Oklahoma meet on the football field at Cotton Bowl Stadium.

This year, 6th ranked Oklahoma is coming into the game undefeated while the No. 11 Longhorns are 4-1. The oddsmakers are making Oklahoma the 10.5 point favorites.

And one reason for that point spread is Oklahoma’s excellent quarterback – Jalen Hurts. He could be another Heisman trophy winner for the Sooners.

With Hurts as quarterback, Oklahoma’s average margin of victory this season has been more than 34 points.

Stopping Hurts will be a major challenge for the Texas defense. But the Longhorns will no doubt welcome the opportunity.

Coverage of the Red River Showdown starts during Good Day Saturday at 7 a.m. Then at 9 a.m. the FOX College Football Kickoff Show will go live from the State Fair of Texas.