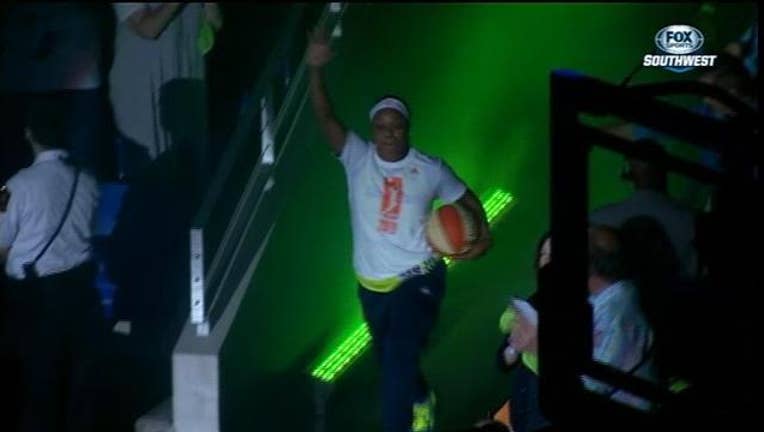 Sims, who starred at a Dallas-area high school and 100 miles south at Baylor, scored 10 first-quarter points after welcoming an announced sellout crowd with a brief pre-game speech at the 7,275-seat College Park Center at the University of Texas at Arlington, halfway between Dallas and Fort Worth.

The Wings (3-1) opened the season with three road games before playing the first women's professional game in the Dallas area in more than 30 years.

Diggins came off the bench late in the first quarter to a roar almost as big as those for each of Sims' two 3-pointers in the first 5 minutes. Diggins scored one point in 12 minutes in her first game since tearing the anterior cruciate ligament in her right knee last June 28, when the franchise was still in Tulsa.

Kayla McBride scored 29 points, one shy of her career high, to lead the Stars (0-3).