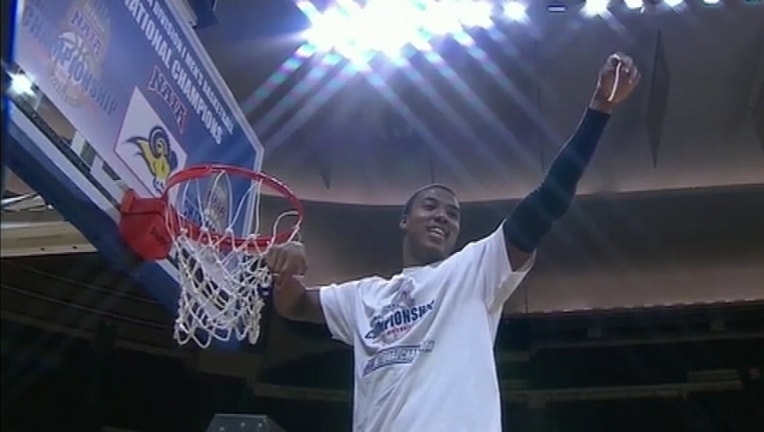 Naiel Smith had 17 points and six assists and Najeal Young had 10 with 11 rebounds for the third-seeded Rams (29-7), who also won the championship in 2006. Rogers, who went 11 of 13 from the foul line and grabbed eight rebounds, received the Chuck Taylor Award as the tournament MVP.

Rogers opened the game with a 3-pointer, followed with a steal and Texas Wesleyan, from Fort Worth, Texas, and the Sooner Athletic Conference, grabbed two offensive rebounds before Young scored and the Rams never trailed. It was 35-23 at the half.

The Running Eagles (26-11) out of Marietta, Georgia, and the Mid-South Conference, closed within 49-44 on a 3-point by Jonathan Beausejour with 11:02 to play. The Rams responded with 10 straight points, the last four by Smith and the lead remained in double figures.

Life, shooting for its fourth title but first since 2000, was led by Dalarian Williams with 25 points and Zach Landis with 21 and 11 rebounds. The Running Eagles knocked off top-seeded and unbeaten LSU-Alexandria 65-63 in the semifinals to reach its fifth championship game.