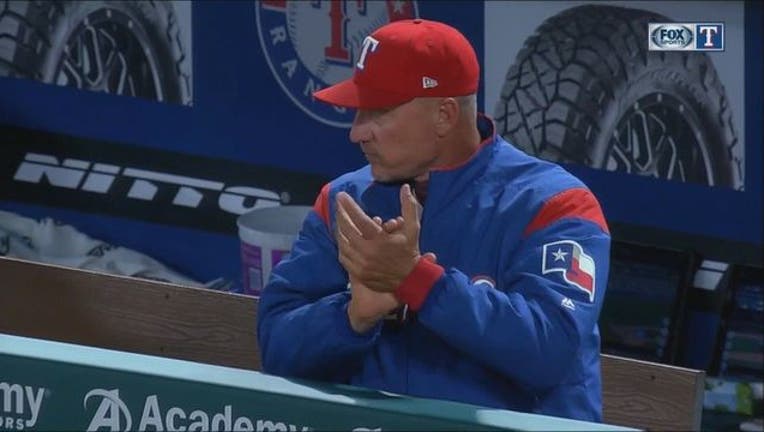 ARLINGTON, Texas (AP) - Delino DeShields scored the tiebreaking run on a throwing error in the seventh, two innings after going home on a balk, and the Texas Rangers beat the San Diego Padres 4-3 on Wednesday night.

In a game that the Rangers were 1 of 13 with runners in scoring position, they also scored on a wild pitch.

Jeremy Jeffress (1-2) allowed singles to the Nos. 8 and 9 hitters to start the top of the seventh after replacing Yu Darvish, but got out of the inning without allowing a run. Matt Bush worked the ninth for his second save in three chances.