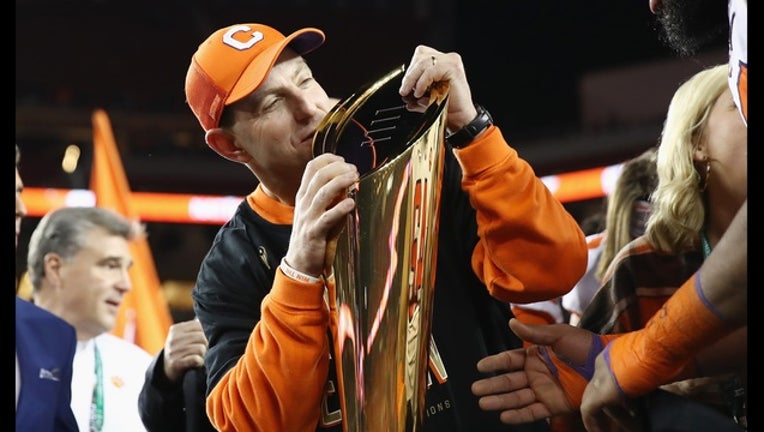 Head coach Dabo Swinney Clemson celebrates his team's 44-16 win over Alabama with the trophy in the CFP National Championship presented by AT&T at Levi's Stadium on January 7, 2019 in Santa Clara, California. (Photo by Ezra Shaw/Getty Images)

In the fourth consecutive playoff meeting between the Tigers and Tide, Clemson evened the series and beat 'Bama for the national title for the second time in three seasons. Clemson is the first team in the AP poll era, dating back to 1936, to finish 15-0.

Coach Nick Saban and the Tide (14-1) were looking for a sixth national championship in 10 years, trying to add to an already unprecedented run in the sport. Instead, Clemson crushed Alabama, becoming the first opponent to beat the Tide by more than 14 points since Saban became coach in 2007.