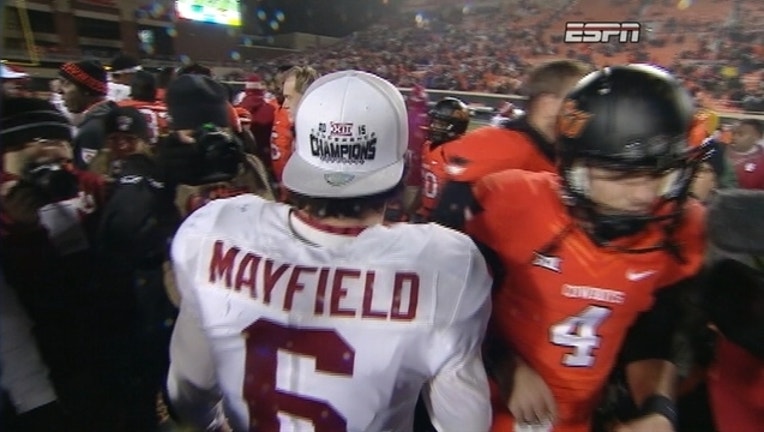 OKLAHOMA CITY (AP) — Oklahoma is picked to win the Big 12 football title with TCU picked second and Oklahoma State third in a poll of media members who cover the conference.

Oklahoma returns seven starters on offense, six on defense and the punter and placekicker from last year's team that finished 11-2 overall and 8-1 in conference play.